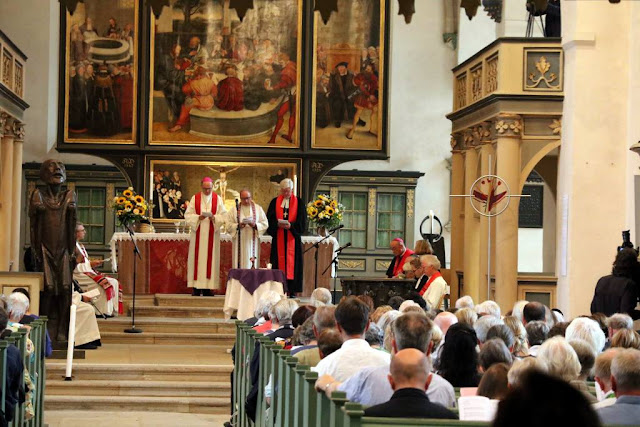 The International Ecumenical Fellowship (IEF) is a community of grassroots Christians from different countries and traditions, who through prayer and worship, theological study, discipleship, fellowship and friendship are spiritually encouraged to work for Christian unity. Their vision is summed up by the phrase "Living Today the Church of Tomorrow".
The 44th conference of the IEF was recently held for a week in Wittenberg, Germany, the place where Martin Luther, by nailing his 95 Theses to the door of the Schlosskirche in the town, gave birth to the Protestant Reformation in 1517. On the 500th anniversary of that event the IEF programme brought together Christians of every tradition to reflect together on the theme "From the true treasure of the Church(es), rediscovering the gospel together 1517/2017".
On Sunday, the final day of the IEF conference, I represented the Anglican Communion at a celebration of the Eucharist according to the Lima Liturgy, held in the Stadkirche (city parish church). Other celebrants came from Old Catholic, Lutheran, Reformed, Moravian and Methodist traditions. The chief celebrant was the Revd Dr Olav Fyske Tveit, the General Secretary of the World Council of Churches. Other participants in the rite came from the Coptic Orthodox Church and the Roman Catholic Church. 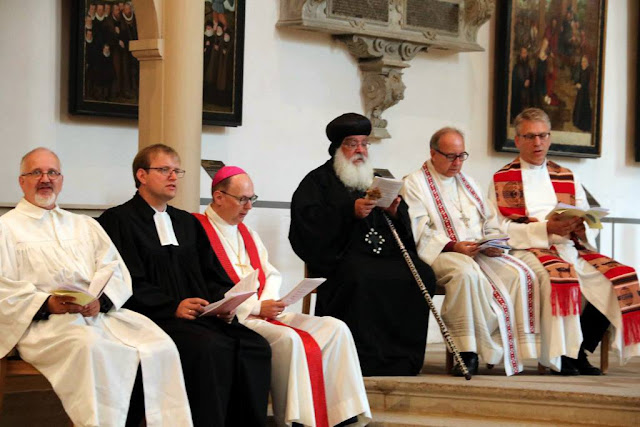 In his sermon, Bishop Professor Dr Heinrich Bedford-Strohm of Munich made an impassioned plea which received an applause from the packed congregation: "The church can not be a place where those who are called sisters and brothers remain separate at the Lord's table".The Stadtkirche (dedicated to St Mary) is the building where the Reformers Martin Luther and Johannes Bugenhagen preached. It also saw the first celebration of the mass in German rather than Latin. It is thus considered to be the mother church of the Protestant Reformation. The Lima Liturgy is a eucharistic rite based on the convergence on the eucharist reached in the Faith and Order text Baptism, Eucharist and Ministry (BEM). It was first used at the Faith and Order Plenary Commission meeting in Lima, Peru in 1982. I had parts to preside in Spanish and English. Other parts of the liturgy were in German, French, Swahili and Polish! 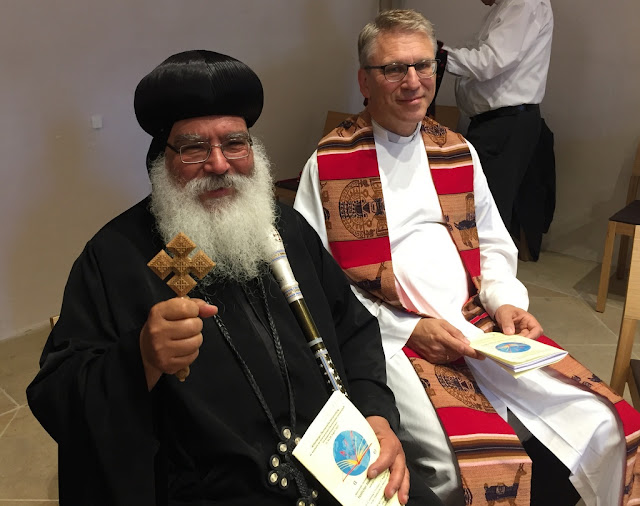 Posted by David Hamid at 23:44 0 comments
Email ThisBlogThis!Share to TwitterShare to FacebookShare to Pinterest 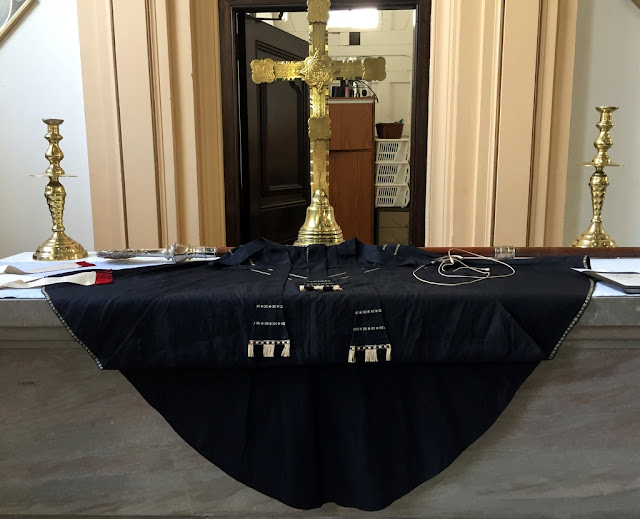 
Posted by David Hamid at 11:16 0 comments
Email ThisBlogThis!Share to TwitterShare to FacebookShare to Pinterest

A message from Fr Tuomas in Finland

A further deadly attack in a city in this diocese, this time in Turku, Finland.

The Area Dean for Finland, and Chaplain of St Nicholas, Helsinki, the Father Tuomas Mäkipää has written the message below to his people. We join our prayers with those of our Finnish sisters and brothers. May God renew our confidence and give us peace in our day.

I have followed in shock the news from Turku where two persons lost their life and at least six others were injured in an attack by a man with a knife.

My prayers and thoughts are with those who are affected by this heinous crime. May those who have died violently and unprepared find rest and everlasting life in the mercy of God.

The rescue workers and the police are working to help the victims, to prevent any further acts and to investigate the motives behind these events. Many came to help putting their own life in danger. May God look with love on those whose sense of security has been scattered and may he bless those who defended the weak.

I wish to pray also for those whose minds are so troubled that they can not find any other solution than attacking innocent people. May God show them mercy and love so that they give up their evil plans.

We are gathering as usual to Sung Eucharist in Mikael Agricola Church on Sunday at 10h00. Prayers for peace and justice are said at that service. We remember in prayers our brothers and sisters in Turku Cathedral International Congregation.

I know that many of you are afraid for your own safety. You might also have questions on how this might affect your personal safety and living in Finland. The Anglican Church in Finland continues its ministry to serve all.

The Collect from today's Evening Prayer:

Almighty God,
who sent your Holy Spirit
to be the life and light of your Church:
open our hearts to the riches of your grace,
that we may bring forth the fruit of the Spirit
in love and joy and peace;
through Jesus Christ your Son our Lord,
who is alive and reigns with you,
in the unity of the Holy Spirit,
one God, now and for ever.

With my prayers,
Tuomas Mäkipää, Chaplain

Posted by David Hamid at 07:51 2 comments
Email ThisBlogThis!Share to TwitterShare to FacebookShare to Pinterest

It is with shock and sadness that we see that once again terror has struck at the heart of one of our great European cities. Many have died in the van attack along one of the main and busiest streets in the centre of the city, filled with residents and visitors enjoying a summer afternoon.

I have been in touch with the Chaplain of St George's Barcelona and with one of the Churchwardens Mr Jimmy Dress to ensure that our immediate community members are safe. Social media is helping Jimmy gather news of parishioners. The Chaplain, the Revd John Chapman, has been on leave and returns this weekend.

I wrote to John and his wife, the Revd Dr Deborah Chapman, and to Churchwarden Jimmy to convey a message on behalf o four diocesan family. The message is below.


I have just heard the news of the terrorist attack on La Rambla this afternoon, which has left some dead and many more injured. It is hard to contemplate that this seems to be yet one more deadly attack in the heart of one of Europe’s great cities.

Please be assured of my prayers at this time and of the prayers of your brothers and sisters across the diocese, for the victims, their families and loved ones, and for all who are affected by this horrific attack. We pray that members and those connected with our own parish of St George are themselves safe. We pray for those who work in the emergency services, and for all clergy and others who will be offering comfort, relief and pastoral support at this time of grief and shock.

We pray that the perpetrator or perpetrators are brought swiftly to justice, and that calm and a sense of security is restored to your beautiful and peaceful city.

May God turn the hearts of those who think that such evil actions are in any way justifiable. May God bless us with hope and strength, and bless all efforts to bring healing and peace.

Posted by David Hamid at 22:55 0 comments
Email ThisBlogThis!Share to TwitterShare to FacebookShare to Pinterest