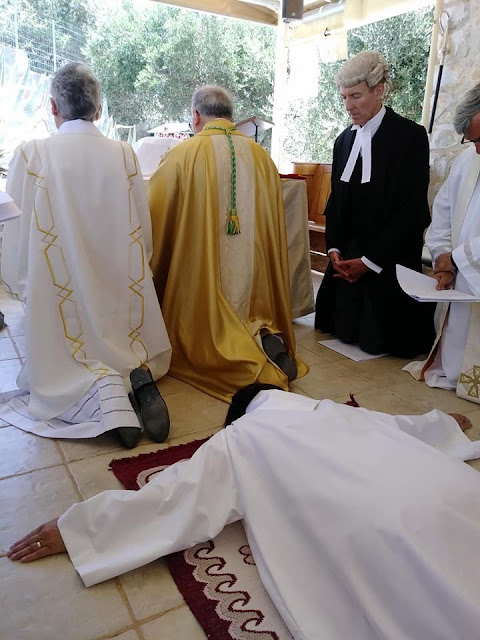 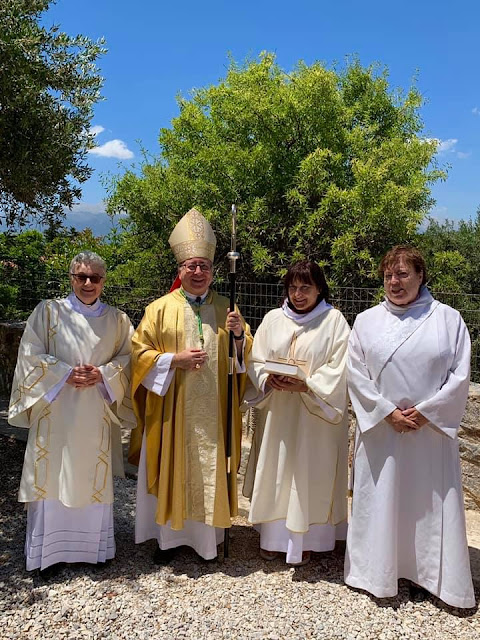 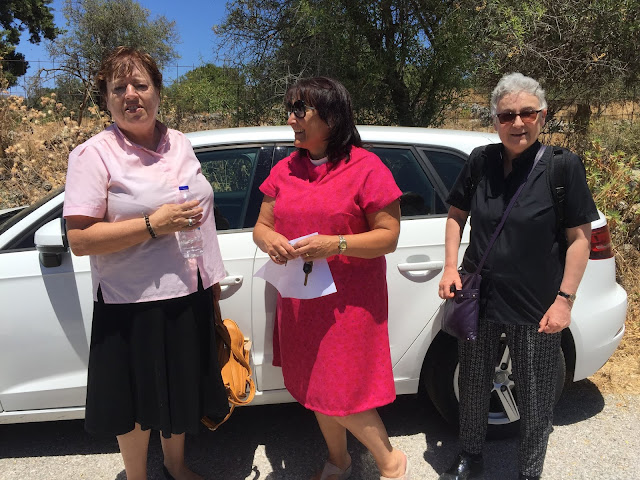 
Posted by David Hamid at 07:30 0 comments
Email ThisBlogThis!Share to TwitterShare to FacebookShare to Pinterest 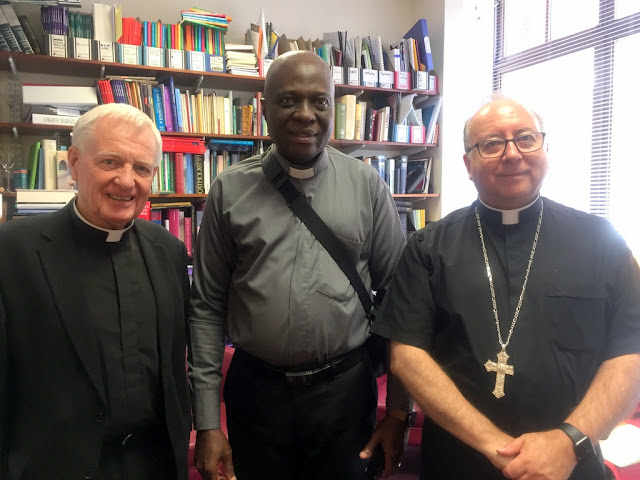 St Andrew's Tangier has a growing ministry among migrants and refugees from sub-saharan African countries. It is an oasis of calm and peace in the heart of the city, where a very international community finds their spiritual home.

Fr Dennis Obidiegwu (pictured above with Archdeacon of Gibraltar, Geoff Johnston) is the Chaplain of St Andrew's and is himself a priest of Nigerian origin, who was trained and served in Ghana as well as worked in Togo. He is well experienced in the challenges that West Africans face, who seek to find a life with dignity. An increasing number are flee north towards the Mediterranean shores of Morocco, looking with desperation for a way to enter Europe. From certain vantage points in the city, Europe seems tantalisingly close. However the waters are treacherous, and many lose their lives attempting the crossing.

In partnership with USPG Fr Dennis is building a ministry in St Andrew's that not only seeks to address immediate spiritual needs of the migrant population, but also to explore ways to encourage them not to take to the dangerous waters of the straits, but to consider other options, including returning to their homelands. He recently was a guest speaker at the USPG annual conference about the work in Tangier.

The Roman Catholic Archdiocese of Tangier is a solid ecumenical partner for us, and provides many inspiring models of outreach and ways of bearing witness to the love of Christ for all persons. The Archdiocese has several projects serving both migrants and Moroccans who are themselves in grave need, through severe disability or through circumstances of their lives.

Posted by David Hamid at 18:05 0 comments
Email ThisBlogThis!Share to TwitterShare to FacebookShare to Pinterest