Both proud and humbled by the calling of our newly ordained 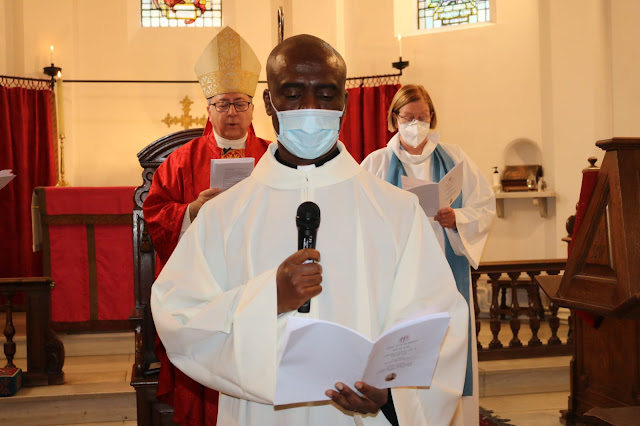 "Do you believe that God is calling you to this ministry?"

At the ordination of deacons and priests this question is solemnly asked of the ordinands who usually by this time are filled with a mixture of nervousness, joy and anticipation. In the past month and a half I have had the privilege of ordaining deacons and priests in St George's Madrid, All Saints Milan and Her Majesty's Chapel of the Savoy in London. The ordinands all answered the question with a resounding, "I do so believe". 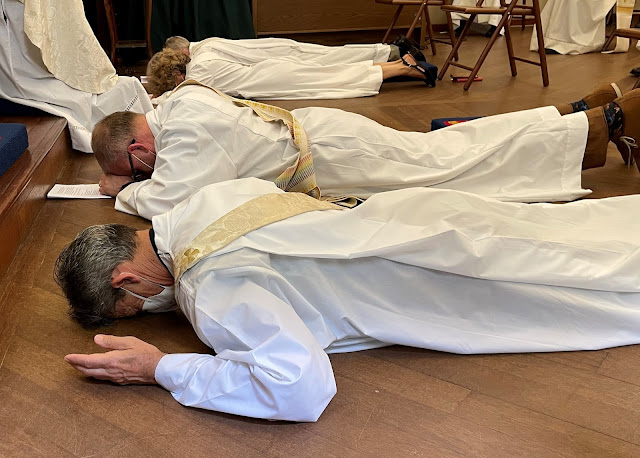 In recent weeks, even as the Church of England has been celebrating ordinations in every diocese, there have been some voices raised which seem to question the need for the ordained. "Key limiting factors" was an expression used to describe them, which caused, rightly, some push-back. Surely these are times when priests and deacons are needed more than ever.

So I am incredibly proud and humbled by the strong calling of these men and women who are ordained in this time of pandemic. Every ordination is a beautiful and memorable day in the life of the Church but these ordinations are historic, being celebrated in the midst of a global crisis. In my charge to the ordinands I said that some would say that these are difficult days to be taking on Holy Orders: not only is the pandemic still with us, but the world is convulsed with systemic racism and injustice, international order and good governance seems fragile, and the planet is heating up. But the ministry of deacons and priests is all the more vital in such times. These men and women are ordained to be signs of God's love, revealing to the world the values of God's kingdom: justice, compassion, love and peace. 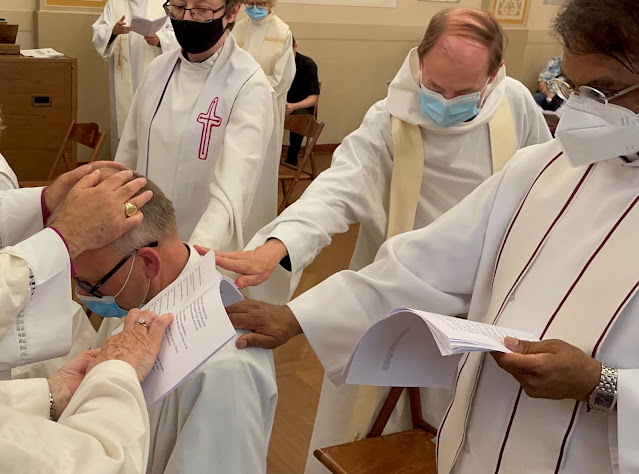 These clergy ordained in the pandemic will carry with them in a very deep way their calling to be instruments of God's healing in a world which needs much rebuilding and reshaping. The Gospel they preach is one of hope which is not dimmed by pandemic or fear. And the heart of their ministry will be the liturgy of the Church, where, in the words of Archbishop Michael Ramsey, they are "to be with God, with the people on [their] heart.” 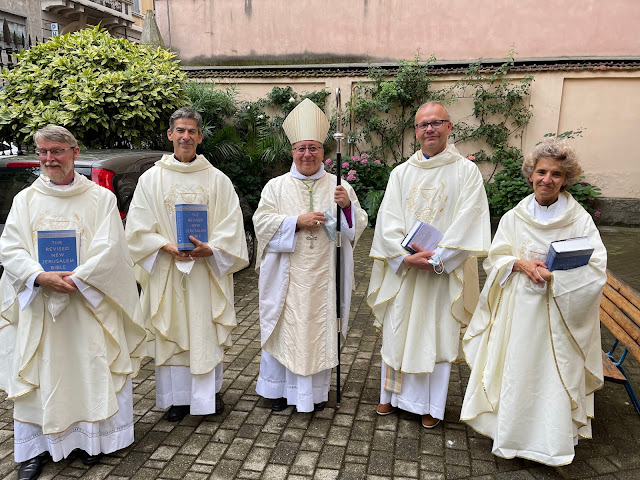 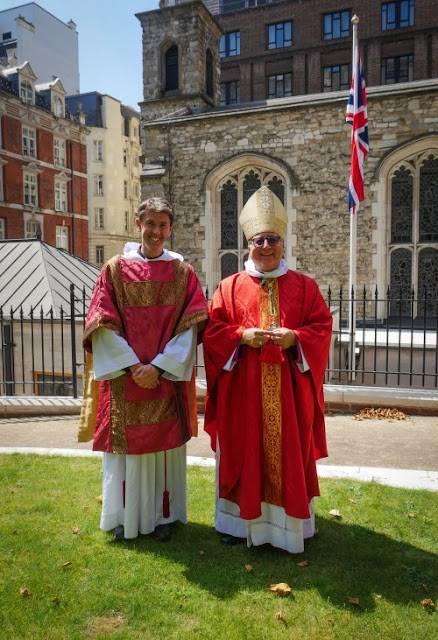 Posted by David Hamid at 12:28 0 comments
Email ThisBlogThis!Share to TwitterShare to FacebookShare to Pinterest 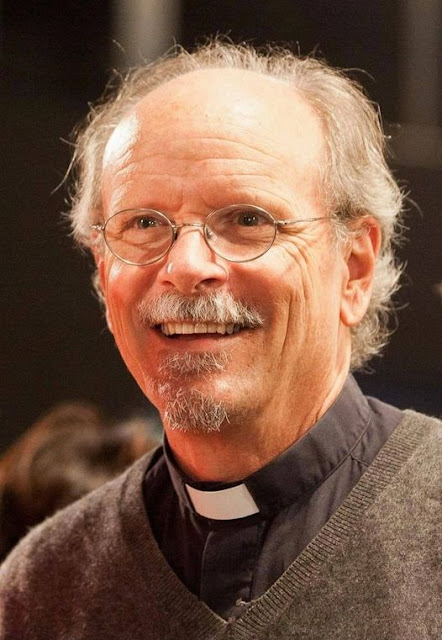 It is with sadness that we in the Diocese in Europe learn of the death yesterday of the Very Rev. Walter H. Raymond OGS. Fr Walter was the Chaplain of St Paul's Monaco where he served for close to ten years before retiring to his beloved Quebec in 2017. Before coming to Monaco he had served in the Diocese of Toronto and the Diocese of Quebec where he was Dean of the Cathedral in Quebec City. He was a member of the Oratory of the Good Shepherd, and the spirituality of the Oratory fed and sustained his fruitful ministry.

Fr Walter was known in Monaco for his ecumenical commitment, and he and the Roman Catholic Archbishop, Mgr Bernard Barsi, were great friends. During his time in St Paul's he regularly presented many candidates for confirmation, and was dedicated to nurturing the faith among the young. He also loved to share his passion for the Grand Prix and other sporting events in Monaco, and was a warm and generous host. 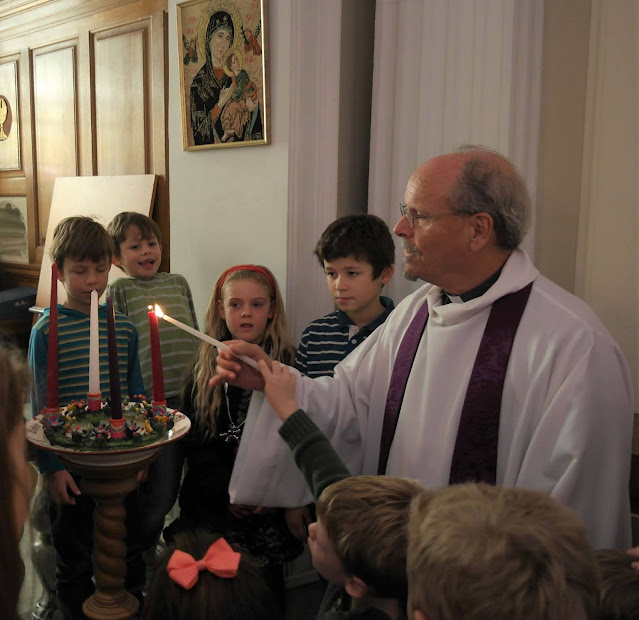 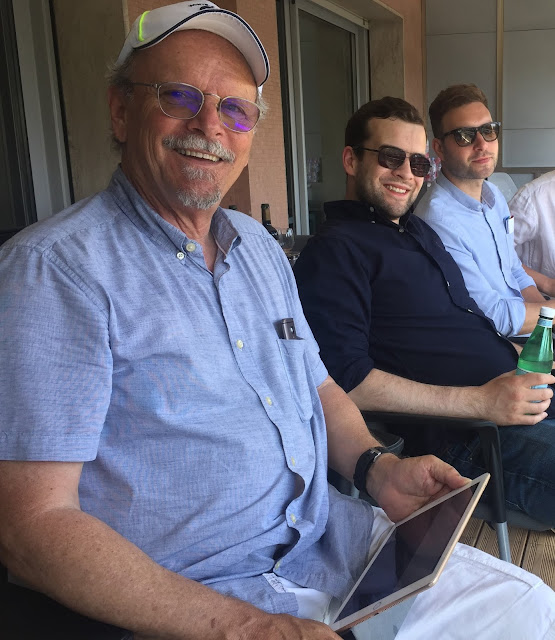 From the French language version of the Canadian Book of Common Prayer which Fr Walter loved:

Posted by David Hamid at 08:42 0 comments
Email ThisBlogThis!Share to TwitterShare to FacebookShare to Pinterest

I was marooned for a few more days in Italy than I had counted on, due to changing COVID quarantine requirements imposed by Italy after I arrived for some parish visits. A return to the UK (with the usual quarantine) then a return to Milan for in time for ordinations, with a newly imposed Italian quarantine, was going to be impossible.
But it was far from lost time, as I was able to touch base with several of our parishes in Italy duing these days, including Venice. Fr Malcolm Bradshaw, the Chaplain of St George's, was able to introduce me to a Ghanaian priest from the Anglican Diocese of Sekondi, who has been sponsored to do a masters degree in ecumenism, at the prestigious Ecumenical Institute of Venice. Fr Castro Adiebah is clearly an emerging young African theologian, and it is very good to be able to give him an Anglican home in Venice during his studies. 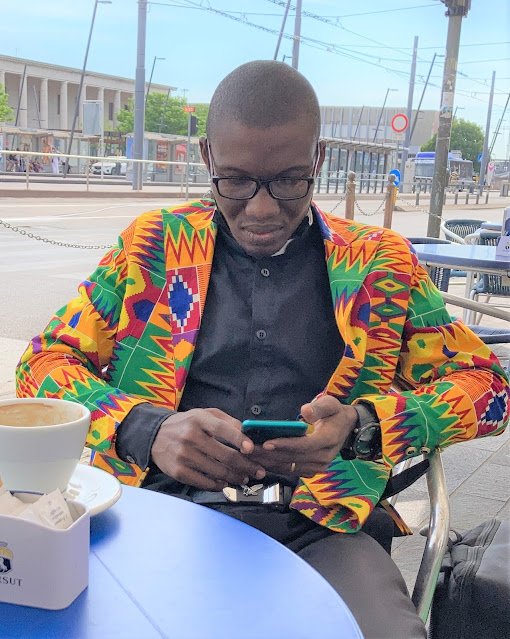 It was also good to have a chance to have a meeting with Metropolitan Polykarpos, the Metropolitan of the Orthodox Church in Italy. His Eminence was previously the Metropolitan of Spain and Portugal, where we shared many ecumenical ventures.
Excellent relations in Venice are maintained with the (RC) Patriarchate. Don Angelo Pagan is the Vicar General of the Patriarchate of Venice and has the additional role of being the equivalent of an English Catheral Precentor, but in the great basilica of San Marco, the musical home of Giovanni Gabrieli and Claudio Monteverdi!

Posted by David Hamid at 22:36 0 comments
Email ThisBlogThis!Share to TwitterShare to FacebookShare to Pinterest

Many Anglican churches have side chapels, but on a recent parish visit to Holy Cross, Palermo, Sicily, I was reminded of the particularly splendid, and wonderfully named, "Marsala Chapel". In fact the whole church building is rather beautiful, with a splendid apse decorated with mosaics in a style common to this part of Sicily. 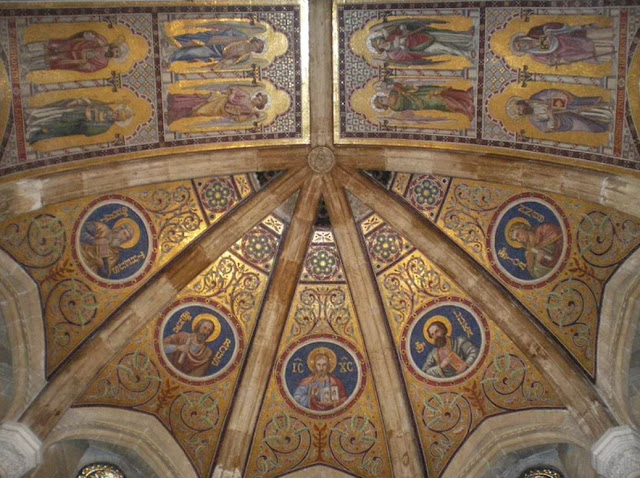 The chapel's dedication comes from the fact that the church was built in the 1870s by the descendents of Benjamin Ingham Sr, an Englishman who settled in Sicily and built up the Marsala wine industry. (There are a few other churches in the Diocese with a similar history, such as in Malaga, Porto and Madeira!)

Today, the members of Holy Cross Church come from around the world, the UK and Northern Europe, Africa, North America, and the Middle East. Others have been born and raised in Italy and have found a spiritual home in this Anglican congregation. Over the years, excellent ecumenical relations have been built, particularly with the Roman Catholic Church.

It was a joy to celebrate the sacrament of Confirmation with some candidates on 20 June. They had been prepared by the locum priest, Fr Nigel Gibson, whom I had not seen for several years. Fr Nigel previously served in this diocese in Milan and Lugano. The faith of the confirmands was palpable and moving.

The chaplaincy is now awaiting the arrival of their new chaplain, the Revd James Hadley. Fr James will begin his work in September. 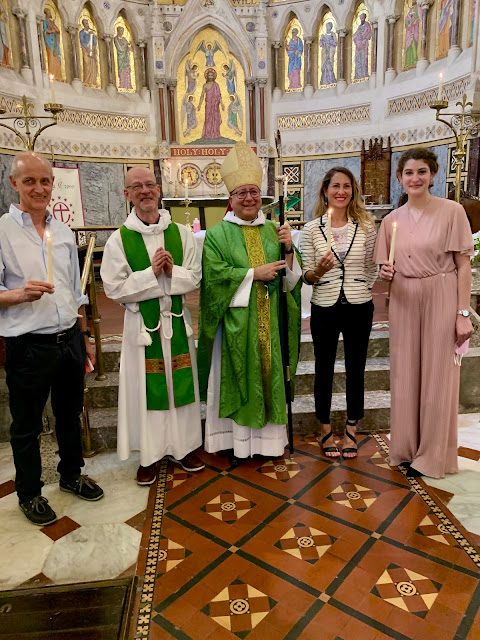 Posted by David Hamid at 16:51 0 comments
Email ThisBlogThis!Share to TwitterShare to FacebookShare to Pinterest