Civic recognition, ecumenical warmth, and joyful noise mark the blessing of the extended Church in Casablanca 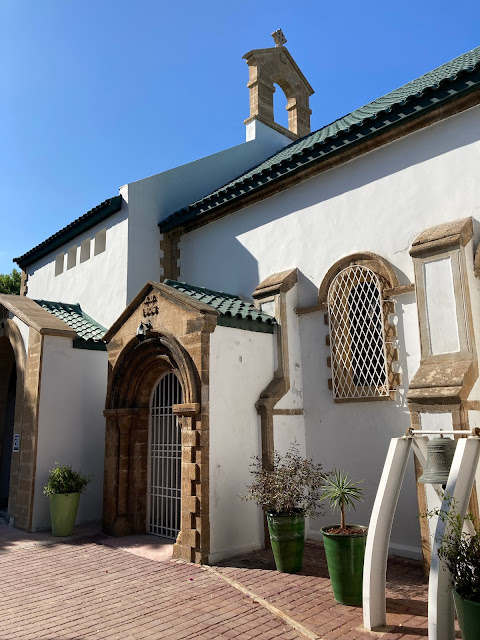 It is not very often in the Church of England that we have to expand a church building in order to accommodate a growing worshipping congregation.  The fact that this should also happen in a country which is officially Muslim adds to the rarity of such an occasion. That is precisely what has happened in St John the Evangelist Church in Casablanca.

St John's has been home to Anglicans and other English speaking foreign Christians since 1906. In recent years the numbers of Christian migrants from all over the world has increased in this, the largest city in Morocco. Under the then Chaplain of St John's, the Revd Canon Dr Medhat Sabry, a plan was developed to build a community centre as a first phase, which was opened 2 years ago. The next phase was the extension of the actual church building, including the construction of a balcony, to be able to almost double the capacity for attendance at services. The historic church is considered to be part of the patrimony of the city of Casablanca, so great care was taken to preserve its character, in and out.

Canon Medhat is now the Chaplain of St George's Madrid, but remains the Area Dean of Morocco and the Canary Islands, and was able to return to witness the dedication of the new, extended building. It was a joy to welcome Canon Medhat back to Casablanca to see the fruit of much of his efforts. Alongside him were Fr Virgilio Fernandez, a priest from the Iglesia Filipina Independiente who is the locum priest in St John's (thanks to support from USPG) and Fr Dennis Obidiegwu, the Chaplain of St Andrew's in Tangier. Among the growing sector of the congregation in St John's are Filipino migrants, hence the appointment of a Filipino priest to assist with the care for this community.

The dedicatiom of the extension happened over two days last weekend. On Saturday 19 September the civic ceremony was held when we could give thanks to the collaboration we have received from the Moroccan authorities to be able to implement our plans. Among the dignitaries in attendance were HE the Governor of the Prefecture of Casablanca, the Colonel of the Moroccan Armed Forces Auxilliary for the region, members of the Moroccan architectural/project team and Heads of Mission and other diplomats from the UK, US and Liberian Embassies.

One of the more famous parishioners at St John's was General George Patten of the US Army (pictured below), who commended much of the Mediterranean theatre in WWII from Casablanca. He gave a new pulpit as a gift to the Church. 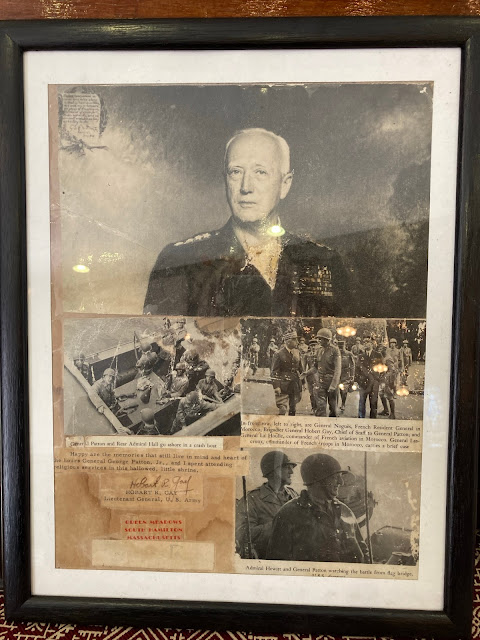 HE Cardinal Cristobal Lopez, the Archbishop of Rabat, and a close friend of Anglicans in Morocco made a keynote address at the official ceremony, noting the good news when a Christian community has to enlarge its premises. Speaking in French, he said:

"In recent years numerous persons have arrived in Morocco from many African countries; among them are Christians who seek to join us and who give life, joy, enthusiasm and rhythm to our communities. This is a reason for us to give thanks to God, who sends us brothers and sisters, so we do not have to go looking for them!"

He reminded us that it is not the number of Christians that count, but the quality of our life, how we respond to the questions we face at the last examination by Christ, when he asks when we saw him hungry and fed him, thirsty and gave him to drink, naked and clothed him and sick and in prison and visited him. The Cardinal also challenged us that if we as Church can find the means and the funding to better our physical plant, "to care for dead stones", surely we can find what is necessary to assist the living stones who are our brothers and sisters. 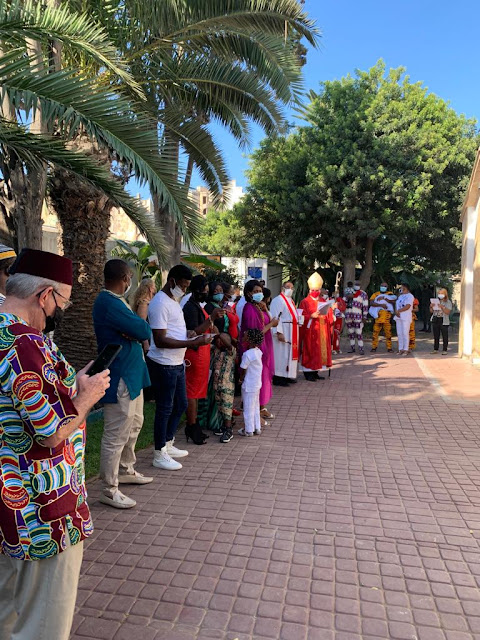 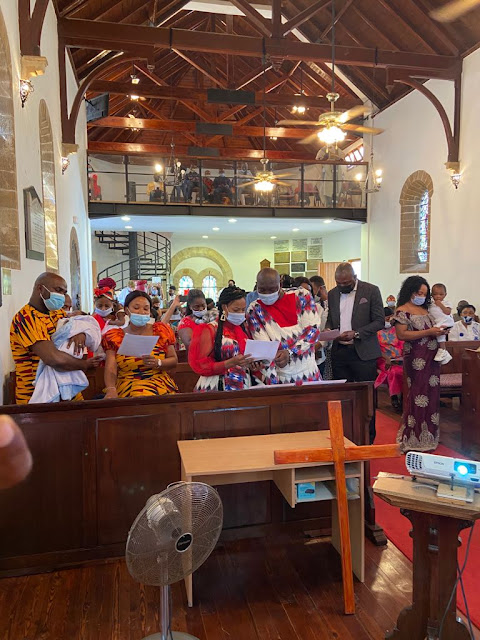 On Sunday 19 September the celebrations continued, this time a Christian liturgy for the rehallowing of the Church, the blessing of new stained glass windows, and the baptism and confirmation of many new "living stones".

The Sunday liturgy was lively, and colourful, beginning with a procession around the Church for the blessing of the building, African music, and general liturgical (and joyful) chaos! Absolutely splendid - a people's liturgy in the truest sense.

A video of some of the service is below.

Posted by David Hamid at 09:17 0 comments
Email ThisBlogThis!Share to TwitterShare to FacebookShare to Pinterest