This is what we have posted on the Diocese in Europe website, on news of the death of HRH Prince Philip, Duke of Edinburgh.

Buckingham Palace has announced today the death of HRH Prince Philip, The Duke of Edinburgh.

The Archbishop of Canterbury, The Most Revd Justin Welby said:

"I join with the rest of the United Kingdom and the Commonwealth in mourning the loss of His Royal Highness Prince Philip, The Duke of Edinburgh, and give thanks to God for his extraordinary life of dedicated service. Prince Philip continually demonstrated his unfailing support and unstinting loyalty to Her Majesty The Queen for 73 years.

He consistently put the interests of others ahead of his own and, in so doing, provided an outstanding example of Christian service. During his naval career, in which he served with distinction in the Second World War, he won the respect of his peers as an outstanding officer.

On the occasions when I met him, I was always struck by his obvious joy at life, his enquiring mind and his ability to communicate to people from every background and walk of life. He was a master at putting people at their ease and making them feel special.

The legacy he leaves is enormous. The Duke of Edinburgh's Award, which he founded in 1956, has inspired generations of young people to help others and instilled in them a vision for citizenship and a desire to serve their communities. His work with countless charities and organisations reflected his wide- ranging, global interests in topics including wildlife, sport, design, engineering and inter-faith dialogue.

In his powerful advocacy for conservation his was a prophetic voice for over half a century, as he brought people from around the world to a new concern and commitment to action for the future of our planet.

As we recover and rebuild after the terrible trial of the coronavirus pandemic, we will need fortitude and a deep sense of commitment to serving others. Throughout his life Prince Philip displayed those qualities in abundance, and I pray that we can take inspiration from his example.

I also join many people in giving thanks for the marriage of Her Majesty the Queen and Prince Philip, and for their children, grandchildren and great-grandchildren. Theirs was a marriage grounded in friendship and mutual respect and sustained by shared faith in Christ.

I pray that God will comfort Her Majesty and the rest of the Royal Family at this time. May His Royal Highness rest in peace and rise in glory."

The Archbishop of York, The Most Revd Stephen Cottrell has also issued a statement which you can read here.

Bishops Robert and David have joined the expression of condolences to the Royal Family. In a statement they said:

“We acknowledge that while the UK has lost an untiring servant, and the Royal family lost a loving husband, father, grandfather and great grandfather, the admiration for The Duke of Edinburgh extends throughout the Commonwealth of Nations and beyond.

For our European diocese, we remember that Prince Philip was born in Corfu, and his links across our continent were extensive. When he lived in Malta, he and the then Princess Elizabeth worshipped every Sunday he was not at sea at St Paul’s Pro Cathedral in Valletta, where he remained the Royal Patron of the Friends of St Paul’s Pro Cathedral.”

The Church of England has opened an online book of condolence, and prepared some suggested liturgies.

Guidance to chaplaincies in the diocese regarding memorial services and other arrangements will issue shortly.

The Diocese offers this prayer at this time:

God of our lives,
We give thanks for the life of Prince Philip,
For his devotion to Her Majesty The Queen,
For his dedication to global community and God’s creation,
And for his lifetime of loyal service.
We entrust him now to your love and mercy,
Through our Redeemer, Jesus Christ,
Amen.

Posted by David Hamid at 16:47 0 comments
Email ThisBlogThis!Share to TwitterShare to FacebookShare to Pinterest

Easter - healing, hope and love for the world 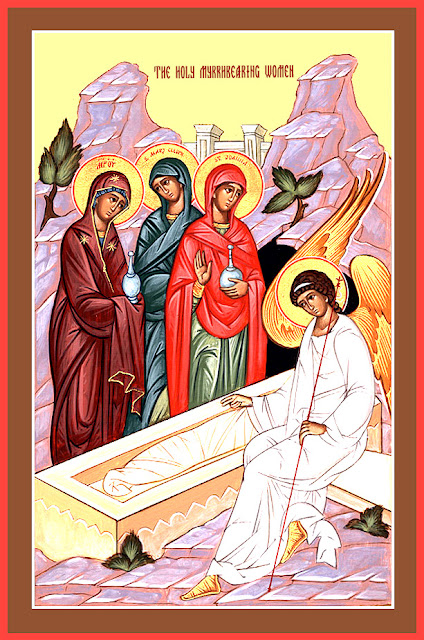 We celebrate another Easter in the midst of the pain of the world caused by the COVID-19 crisis. Lockdowns continue in many of the countries and regions of the diocese. But for much of the world vaccines are not yet available, and billions of people remain vulnerable, without a coordinated response to address the spread of the virus.
Justice and peace seem far from reach for millions of our sisters and brothers; grief from war and violence in so many places has not abated. Close to my own heart. the bloody oppression of the people of Burma continues, with no signs of the military thugs lessening their grip on power.  But not only in distant lands, in every community, when we open our eyes, we know there is injustice, grief and despair.
Christians celebrating the resurrection victory of our Lord are renewed in our commitment to reach out in love, and bear hope to a world in the midst of pain and suffering. The Easter story of the myrrh bearing women is our inspiration for this task.

Almighty God, who revealed the resurrection of your Son to Joanna, Mary and Salome, as they faithfully came bearing myrrh to his tomb: Grant that we too may perceive the presence of the risen Lord in the midst of pain and fear, that we may go forth proclaiming the resurrection of Jesus Christ, who lives and reigns with you and the Holy Spirit, one God now and forever. Amen.

A blessed and joyful Easter to all!

Posted by David Hamid at 21:48 0 comments
Email ThisBlogThis!Share to TwitterShare to FacebookShare to Pinterest 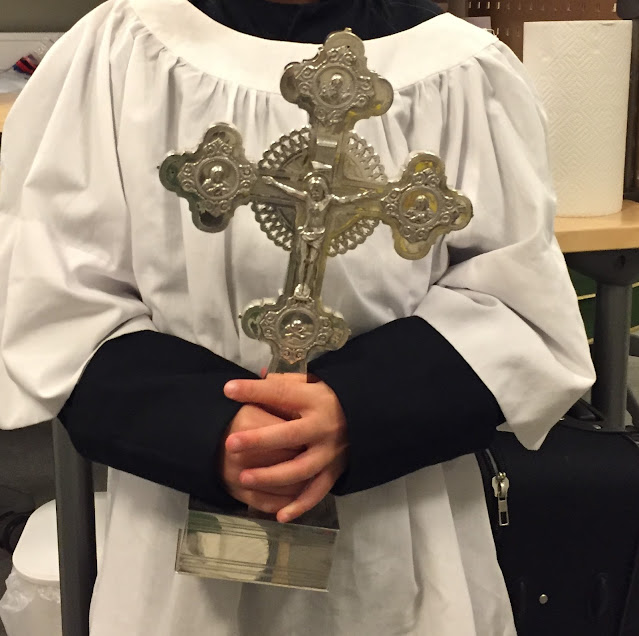 The Anglican Church in Finland, whose principal congregation is St Nicholas Helsinki, was founded by refugees from St Petersburg, fleeing the Russian Revolution. The cross above is one of the historic artifacts brought with them.

Today, almost 100 years later, St Nicholas's congregation comes from around the world, a vibrant community of people of all ages.

The children and young people of St Nicholas parish have prepared and released this video, in which they express their Easter hopes and prayers:

It is a delightful and joyful piece, which summarises our hopes before God this Easter.

Thank you to the young folk of St Nicholas!

Posted by David Hamid at 12:07 0 comments
Email ThisBlogThis!Share to TwitterShare to FacebookShare to Pinterest