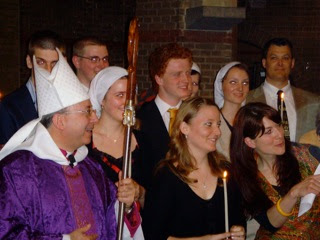 On Saturday 26 March in Utrecht I presided at an unusual confirmation service with candidates from Holy Trinity Utrecht, St James's Voorschoten, the Anglican East Netherlands parish and several Catholic Apostolics.

The Catholic Apostolic Church is a religious movement with its origins in Britain in the 1830s. They hold to a belief in the near approach of the Second Coming of Christ. Originally their church organisation included apostles, bishops, priests and deacons. (Their bishops were known as angels!). The present day communities have no surviving clergy. In the Netherlands Anglican clergy provide sacramental ministry for them. Catholic Apostolics continue a intensive and comprehensive catechetical programme for thier youth, leading to confirmation.

The service was held in St Aloysius Roman Catholic Church in Utrecht as our own building was too small for the large congregation. 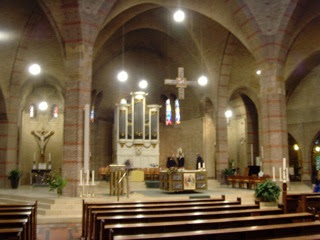 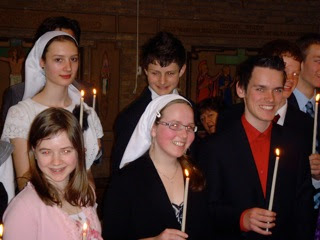