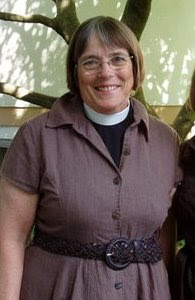 In his Pentecost letter, the Archbishop of Canterbury warned of certain consequences for provinces of the Anglican Communion which have failed to stand by the three moratoria. (No authorisation of blessings services for same-sex unions; no consecrations of bishops living in same-sex relationships; and no bishop authorising any ministry within the diocese of another bishop without explicit permission). One consequence would be that representatives from such provinces would not be able to participate in the formal international interchurch dialogues of the Communion.

One of those dialogues is the Anglican-Old Catholic International Co-ordinating Council (AOCICC), the official instrument set up to deepen the relationship of communion established in 1931 between the Anglican Communion and the Old Catholic Churches of the Union of Utrecht. As the member Churches of the Union of Utrecht are all European, the AOCICC is effectively a European body. (I am one of the members, appointed by the Anglican Consultative Council as is Mrs Marion Jägers, who is also from our Diocese in Europe). The Revd Carola Von Wrangel (above left), the Rector of the (American) Parish of Christ the King, Frankfurt, has represented the Episcopal Church, one of the provinces which has not observed the moratoria. A few days ago, Carola wrote to the members of AOCICC to inform us that she has "been removed from participation in the AOCICC by the office of the Anglican Communion because of the recent developments in the Communion, and the Archbishop´s Pentecost letter".

Sadly, the consequences of the Episcopal Church's actions are now felt directly here in Europe. We will miss Carola's contribution to our official dialogue with the Old Catholic Churches.
Posted by David Hamid at 09:43
Email ThisBlogThis!Share to TwitterShare to FacebookShare to Pinterest