Remembrance Service for Crew of HMS E18 in Tallinn 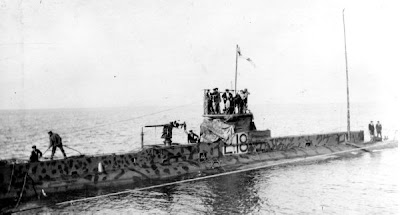 Photo from Wikipedia
In late May 1916 HMS E18, a submarine sent by the First Lord of the Admiralty, Winston Churchill, to support the Russian Fleet, left the port of Tallinn and was lost along with its crew of 31 while on patrol in the Baltic Sea. For over 90 years the wreck had never been found. It was discovered in October 2009, off the coast of the Estonian Island of Hiiumaaa, by a remotely operated underwater vehicle deployed by a Swedish survey vessel. It is believed that the E18 was sunk by a German mine, possibly on 2 June 1916.

On 30 May in the Church of the Holy Spirit in Tallinn, a Service of Remembrance held for the crew members who perished in the disaster. The service was conducted jointly by the Very Revd Gustav Piir, (the Church of England priest-in-charge in Tallinn), Revd Sean Carter RN, and the Revd Tõnis Kark of the Estonian Defence Force. Wreaths were laid by British and Russian representatives of the families, embassies and veterans associations, and a plaque was dedicated in memory of those who served and lost their lives in HM Submarine E18.

There is discussion under way about designating the site of the sinking of HMS E18 as a Maritime Military Grave. 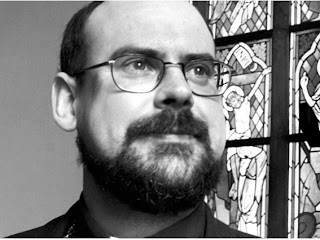 The Very Revd Gustav Piir (above) is a priest of the Evangelical Lutheran Church of Estonia, which is in communion with the Church of England, under the Porvoo Agreement. He is licensed in this Diocese as priest-in-charge of the congregation of St Timothy and St Titus, which meets in the 13 century Church of the Holy Spirit in Tallinn. 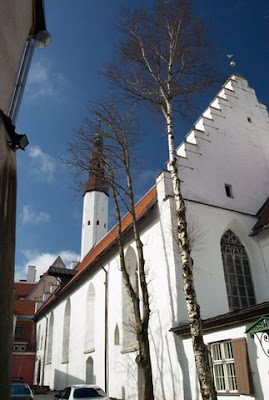 Posted by David Hamid at 17:13
Email ThisBlogThis!Share to TwitterShare to FacebookShare to Pinterest