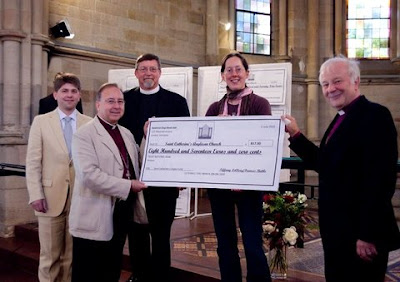 St Catherine's English Church, Stuttgart, built in 1867, was largely destroyed by Allied bombers in November 1944. After the war, the church, now mainly rubble, was sold to the Old Catholics who set about rebuilding it, using as many of the original stones and carvings as possible. Unfortunately, the fine English organ which was in one of the transepts could not be saved. When the renovations were completed, the Old Catholics invited the Church of England to return to the building to use it as guests. Both the Old Catholics and the Anglicans have had to make-do with a rather poor electronic instrument, not really fitting for the fine building and the growing musical tradition in St Catherine's.

In gratitude for many years of cooperation with our Old Catholic brothers and sisters, the Anglican congregation, under the leadership of the Priest-in-Charge, the Revd Ken Dimmick, has undertaken to complete "the final stage" of the rebuilding of the church by installing an English pipe organ back into the English church. A fine tracker instrument, dating from 1903, has been found and purchased and transported to Germany ready to be renovated and installed in St Catherine's. It will be a gift from the Anglicans to the Old Catholics, and a symbolic "healing of the last wounds of World War II".

On 5 June, Bishop Joachim Vobbe, the Emeritus Old Catholic Bishop of Germany, the Chairman of the District Council and a crowd of Anglicans and Old Catholics gathered in St Catherine's Church to launch the Organ Project. We received cheques from various fund-raising activities in Germany and the USA which have already raised over €17,000 towards the total cost of the project of €75,000.

On Sunday morning, several parishioners were confirmed and two were received into the communion of the Church of England, in a festive service. 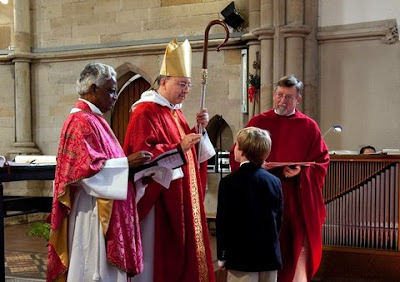 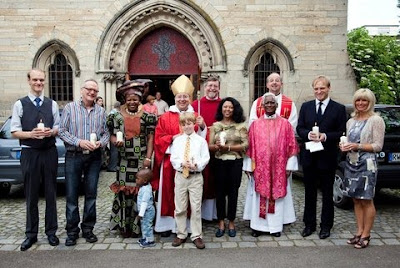