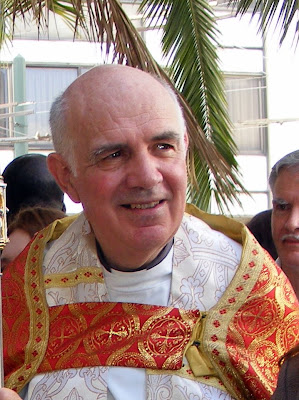 We have discovered that the wisdom and experience of the Revd Canon Malcolm Bradshaw of St Paul's in Athens, related to managing the chaplaincy for the 2004 Olympic Games in Athens, has found its way into the management of the chaplaincy for the 2012 London games. The plans, procedures and structures that Fr Malcolm put in place in 2004 were referred to in an article written for the The Baptist Times by the Revd John Boyers who assisted Fr Malcolm at the Athens Games and who is part of the chaplaincy team at London 2012.

We are delighted that the vast amount of work that Fr Malcolm undertook over 8 years ago has been found to be useful to those who had to devise a plan for chaplaincy in the London games. In this small but important way, our Diocese, through Fr Malcolm's experience, has contributed to the way that the athletes and their entourages are cared for pastorally at London 2012.

There are around 160 chaplains serving both the Olympics and the Paralympics. 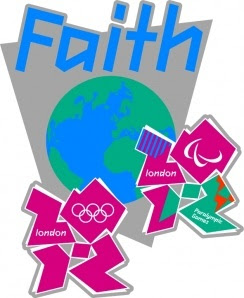 Posted by David Hamid at 17:49
Email ThisBlogThis!Share to TwitterShare to FacebookShare to Pinterest