Not gone for long! 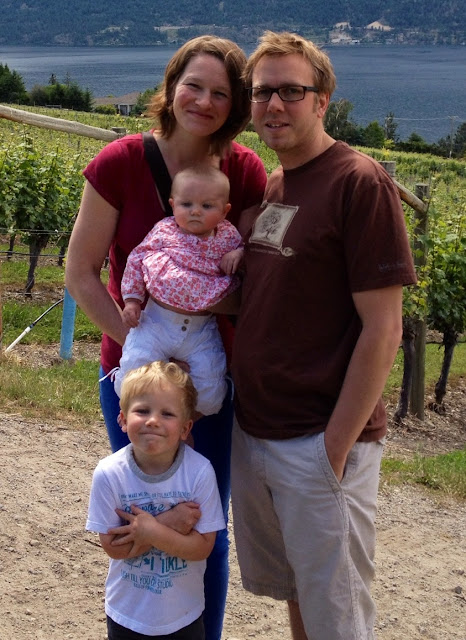 Each year we raise up more vocations to the sacred ministry than we have places for in this diocese. In the Church of England, people are ordained to serve a curacy - a "title" it is called - a period of 3 to 4 years in post-ordination training. So each year our Director of Ordinands, Canon William Gulliford, negotiates with other dioceses to seek title posts for some of our ordinands. Thus we are a net exporter of fine talent to the rest of the Church of England. However, as this is the best diocese in the Church of England (or even in the Anglican Communion?) we should not be surprised that people, whose vocation was discerned here but who left and were ordained in other dioceses, find their way back.
This summer, two priests who were originally our ordinands but whom we exported to other dioceses have recently returned to take up positions, both co-incidentally in the Netherlands.
The Reverend James Hill (pictured above) began his work as Assistant Chaplain of Christ Church, Amsterdam, on 30 June. He comes back to us from the Diocese of Coventry where he served his title curacy. James is accompanied by his wife Anna and their two children, Jonathan and Lucy. 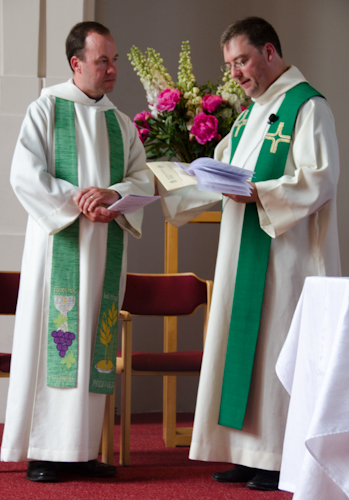 The Reverend Ruan Crew began his work as Chaplain of the Anglican Church of St James, Voorschoten, on 1 July. He returns to us from the Diocese of Bristol where he served his title curacy, and is joined by his wife Lisette and children Emily, Hanna and Tim. Ruan is pictured above, left, as he is licensed by the Acting Archdeacon of NW Europe, Meurig Williams.

Posted by David Hamid at 23:03
Email ThisBlogThis!Share to TwitterShare to FacebookShare to Pinterest