St Andrew's Gothenburg lives a life fully part of our Church of England Diocese in Europe as well as playing an active role in the life of the Church of Sweden Diocese of Gothenburg. The priest-in-charge, the Revd Canon Barbara Moss, is also part of the university chaplaincy team of Gothenburg diocese, there being a large number of students at the universities in the city whose international language is English. During my recent visit, the Bishop of Gothenburg, the Rt Revd Per Eckerdal, noted what a good working relationship we have, thanks to the Porvoo Agreement, and Canon Moss's own commitment to the partnership between our Churches. Barbara is also the Area Dean of the Nordic and Baltic States.

The church also likes to take part in the round of annual cultural events in the city, such as the international book festival and the science festival. St Andrew's is also used one night a week to host a drop-in centre for prostitutes in the city.

St Andrew's itself, like so many of our parishes, has a very multicultural membership, and on a recent parish visit I enjoyed many conversations with people from Sweden, the Caribbean, many parts of Africa, the Netherlands and the UK. 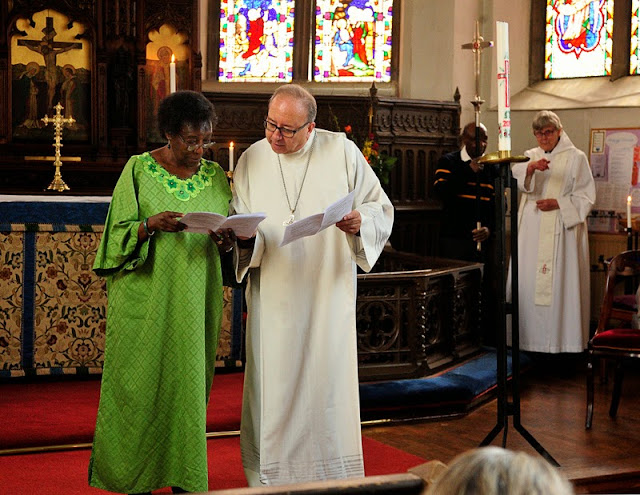 Photos courtesy of Björn Carlqvist
Posted by David Hamid at 14:24
Email ThisBlogThis!Share to TwitterShare to FacebookShare to Pinterest