Diocese in Europe and Diocese of Visby: Partnership in the Gospel

"Spiritual Hearths and Movable Altars" was the theme for the priests and deacons meeting of the Diocese of Visby, Sweden. Visby is twinned with our own Diocese in Europe within the Porvoo Communion of Churches.

It is a diocese divided into two parts: the historic parishes on the island of Gotland in the Baltic Sea, plus the communities of the Church of Sweden Abroad (SKUT). It is because of SKUT that Visby makes a logical partner for our own Diocese in Europe, even though SKUT covers the whole world beyond Sweden, not just continental Europe and Morocco.

Gotland itself has 93 parish churches which were built between 1100 and 1350, most of which have many well preserved medieval features, wall paintings, reredoses, fonts and roods. The cathedral is dedicated to St Mary and was dedicated in 1225.

About 160 priests and deacons gathered for the meeting in Visby from Sunday 9 to Wednesday 12 of August. About 65 of them came from SKUT; some journeyed from as far away as Melbourne and Los Angeles, others from nearer parishes such as Oslo and London. 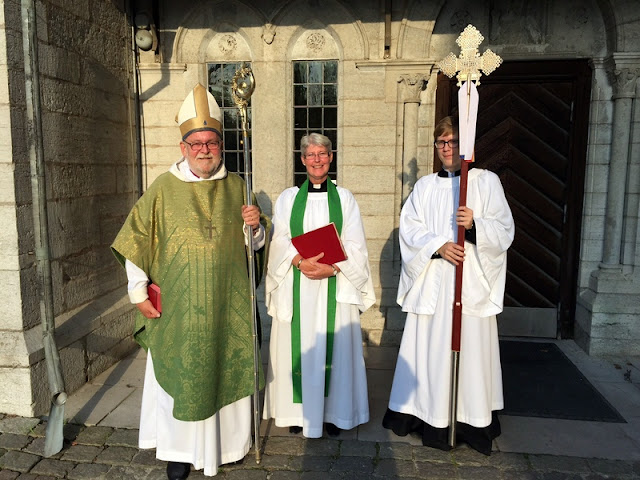 Bishop Sven-Bernhard Fast (above) invited me to be part of the gathering. It was a joy and a privilege. I was able to meet many old friends who are priests and deacons serving in several parishes close to ours as well as make some significant new contacts. There are many places in the area covered by our diocese where Swedish clergy are also serving their own communities. As Churches in Communion, I would encourage us to find ways to build on and strengthen these links in Europe. 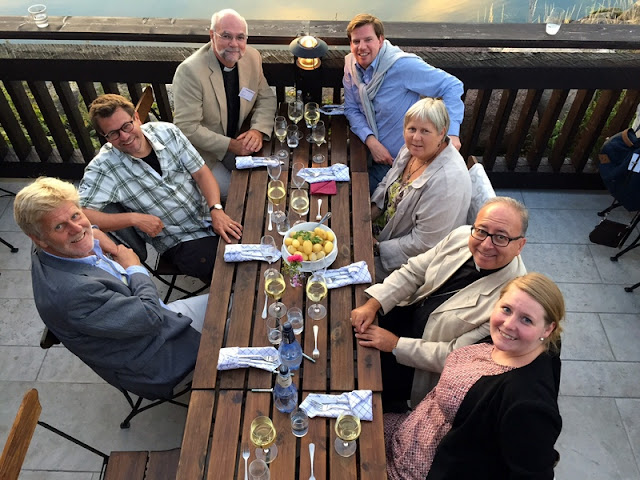 The theme explored subjects close to our own heart - such as being pilgrims in a strange land, and how to manifest the fullness of the life of our Church outside its native context. Besides the time of worship, presentations and small groups, there was very generous hospitality in Swedish style, including a splendid medieval closing banquet. 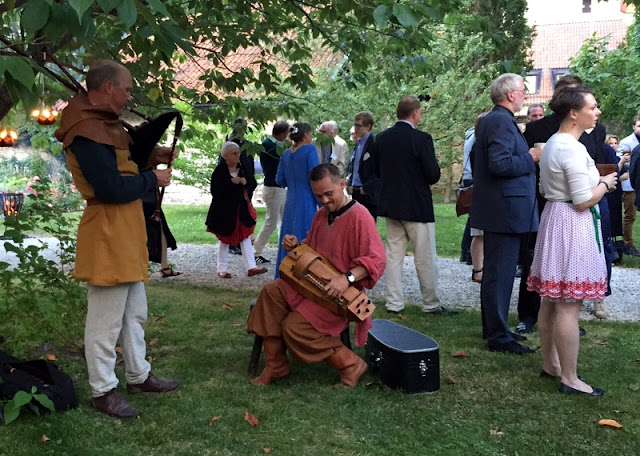 Bishop Sven-Bernhard dismissed the gathering in a candlelit ceremony when candles were exchanged with a partner, as a sign of continuing to pray for one another. 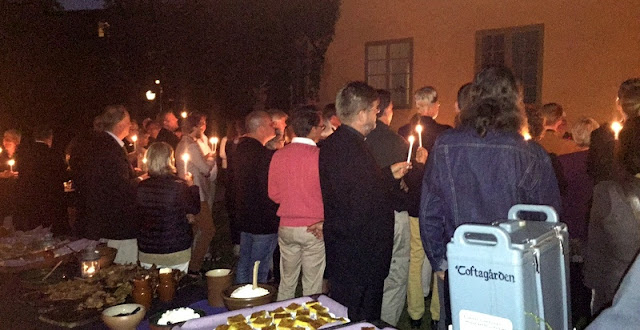 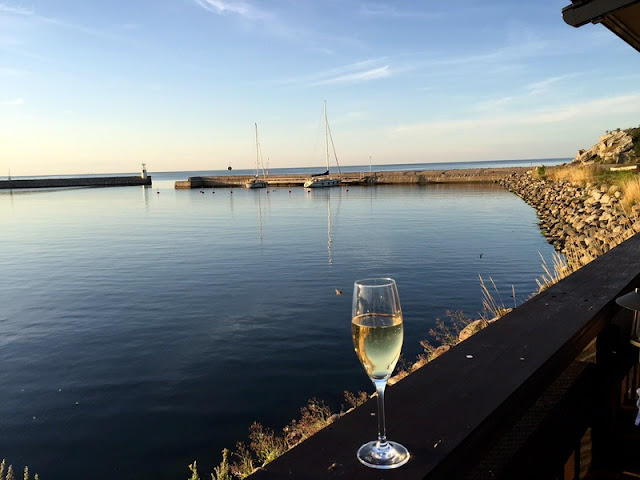 Posted by David Hamid at 10:13
Email ThisBlogThis!Share to TwitterShare to FacebookShare to Pinterest