Giampaolo Pancetti, Deacon in the Church of God 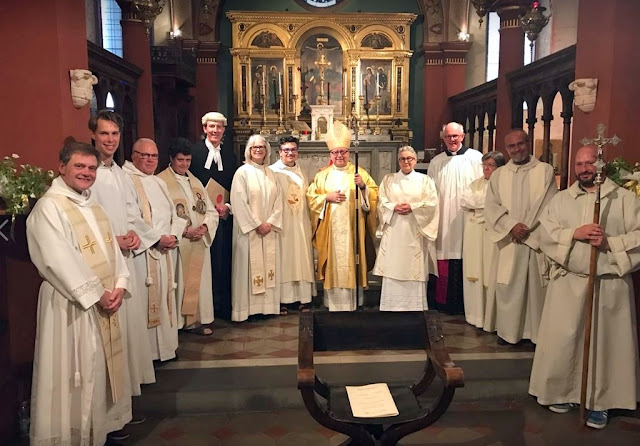 On Sunday 1 July in St Mark's English Church in Florence, an historic ordination was held. Giampaolo Pancetti was ordained deacon in a bilingual English/Italian service. Deacon Giampaolo will serve as assistant curate in St Mark's Florence, which includes the congregations of St Peter's Siena, and Holy Cross, Bologna. Archdeacon Vickie Sims of Italy and Malta presented the candidate, Registrar Aiden Hargreaves Smith took the oaths and Mother Teodora Tosatti preached the homily at the ordination mass.

Deacon Giampaolo comes from the former Old Catholic community in Italy. The Bonn Agreement of 1931 brought Old Catholics and Anglicans into full communion, based on agreement on the sacraments, ordained ministry and ‘all the essentials of the Christian faith’. In 2012 the Old Catholic community in Florence (along with Old Catholic communities elsewhere in Italy) became part of the Church of England, following the recommendation and consent of the Old Catholic Bishop of Switzerland under whose oversight these communities were.  We rejoice that he brings the gifts and treasures of that tradition into the Church of England to enrich our worship and prayer life, our commitment to witness to the Gospel and in our service to the world.

The Italian language community which is part of St Mark's has as its patron San Vincente di Lerins, the 5th century Gaulish monk who lived in the south of France, and the author of a famous guideline to help the Church differentiate between true and false teaching: "that we hold that faith which has been believed everywhere, always, by all. (Quod ubique, quod semper, quod ab omnibus creditum est).

We welcome Giampaolo to the Diocesan clergy, and wish him every blessing in the upcoming years of post-ordination training. 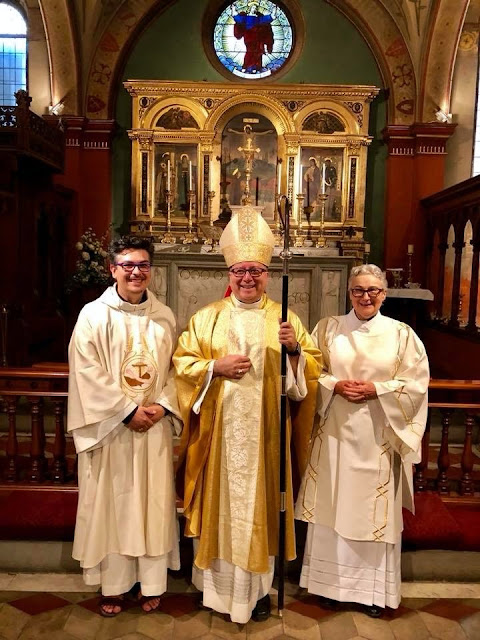 Posted by David Hamid at 18:13
Email ThisBlogThis!Share to TwitterShare to FacebookShare to Pinterest