A Canadian invasion in Rome? 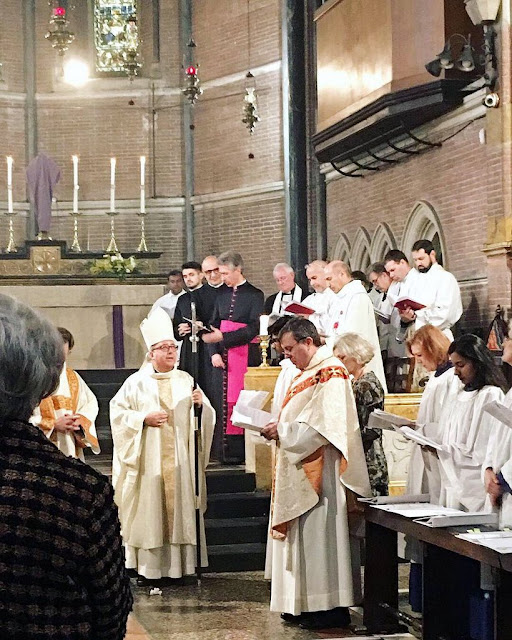 The Revd Rob Warren was licensed as Chaplain of All Saints, Rome on 9 March. He follows the Revd Canon Jonathan Boardman who had been Chaplain for close to 19 years, before his move to south London.

The licensing service was a significant ecumenical occasion as well as an Anglican celebration. Representatives from the Roman Catholic, Orthodox, Lutheran, Methodist and other Churches were present, as well as the clergy and many members from our sister (US) Episcopal Church in Rome, other Church of England parishes in Italy, and the Interim Director and Deputy Director of the Anglican Centre in Rome. The diplomatic corps in Rome was well represnted too, both those accredited to the Holy See and to the Italian State. 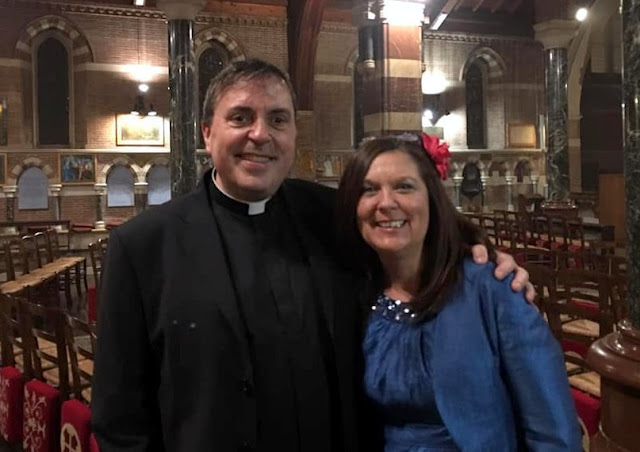 Fr Rob comes to this diocese from being the Rector of Christ Church Clermont-Ferrand, a parish of the (US) Episcopal Church in France. He has also served in the Scottish Episcopal Church (his wife Caireen is Scottish) and in the Anglican Church of Canada, where he served in the Dioceses of Montreal, and Moosonee. Both Caireen and Fr Rob are bilingual, French and English, and well on the way to learning Italian. It is a joy to welcome the Warrens to this diocese.

All Saints is a very international community, with members and visitors from every (inhabited) continent. It also has an extensive concert programme and a twinning with a Roman Catholic parish in the city, Ogni Santi, providing opportunity for joint outreach in Rome. 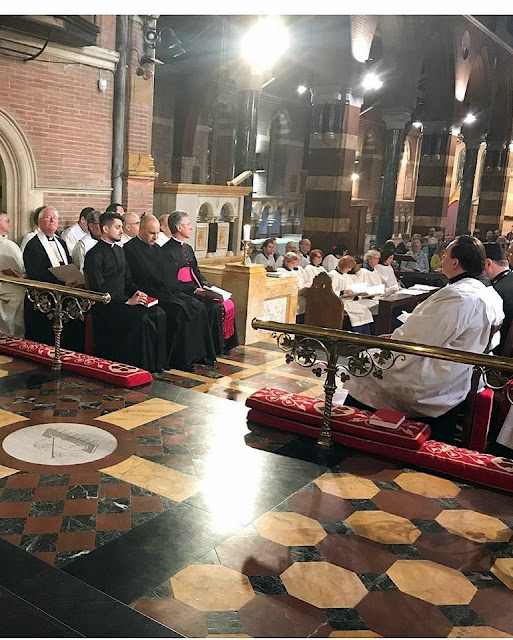 The Canadian Ambassador to Italy, HE Alexandra Bugailiskis, described the licensing mass as a bit of a "Canadian Invasion", with myself presiding and preaching, a Canadian priest being installed, and Ambassador Bugailskis joined by the Canadian Chargé d'Affaires to the Vatican, Isabelle Savard. 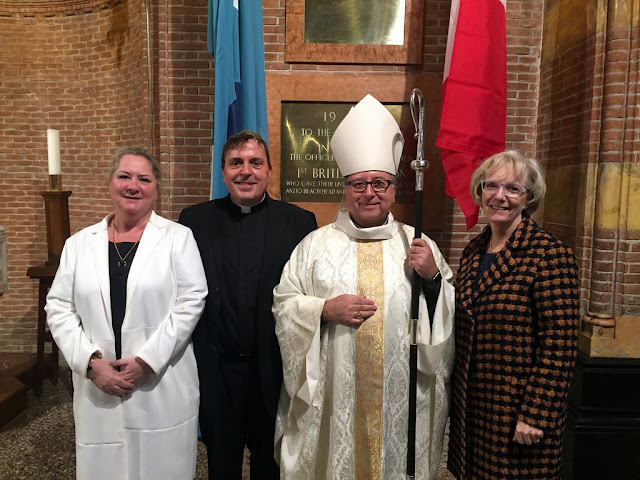 Posted by David Hamid at 09:30
Email ThisBlogThis!Share to TwitterShare to FacebookShare to Pinterest