It is with sadness that I share the news across the diocese that the Very Revd Ken Robinson died last Wednesday evening, 5 August, after a long illness. Fr Ken had served this diocese with distinction, first as Chaplain of St George's Lisbon with St Paul's Estoril, then as Archdeacon of Gibraltar, and finally as Dean of Gibraltar. He retired from that position in 2003, and was named Dean Emeritus.

Ken was widely loved in the diocese, and contributed greatly to building a sense of family among us, making the Cathedral a particularly warm and welcoming place. He has many friends across the diocese, in the wider Church of England, and even in the Windward Islands where he once served as Director of Education. It was Dean Robinson who officially installed me in the stall of St Andrew in the Cathedral, shortly after my consecration, inaugurating my own close connection to the Cathedral. 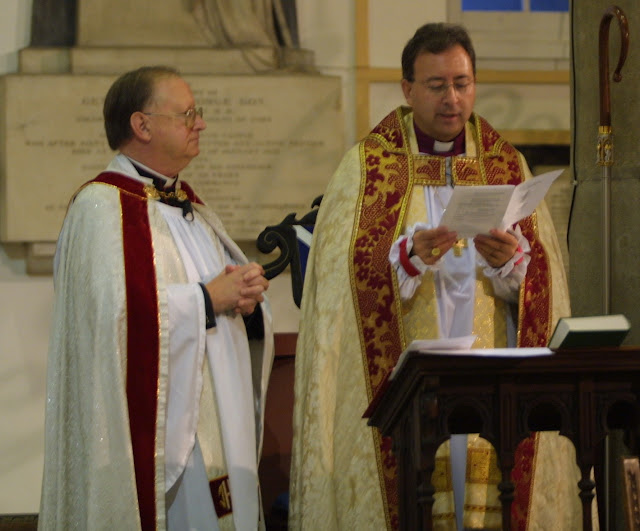 Fr Ken's wife Merry told me that despite being ill for several months, he died at peace, having received the last rites.

Father we pray for the soul of Ken, your servant and priest, that he, who devoted a faithful ministry to your name, may rejoice in the perpetual company of your saints.

Posted by David Hamid at 11:57
Email ThisBlogThis!Share to TwitterShare to FacebookShare to Pinterest