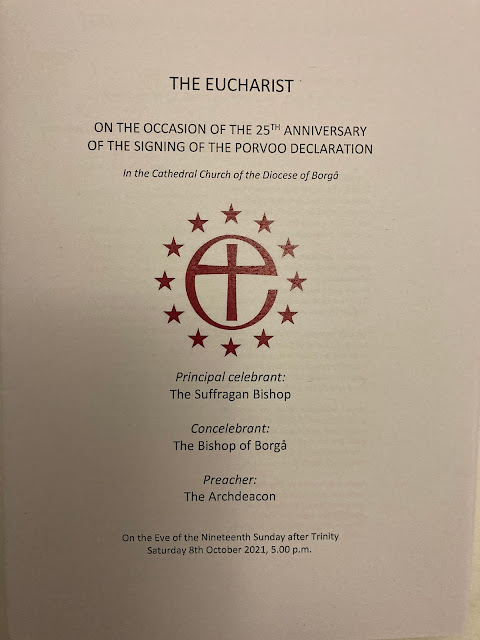 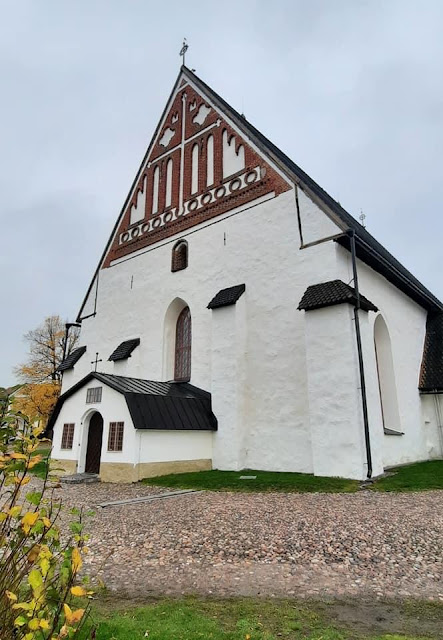 This is the 25th anniversary of the signing of the Porvoo Agreement which brought Churches of Lutheran and Anglican tradition in the British Isles, Ireland and the Nordic and Baltic states into communion. The Nordic and Baltic Deanery which met in Finland decided to mark this silver jubilee with a special pilgrimage to Porvoo itself, to celebrate a festive mass in the Cathedral, together with the Bishop of Porvoo, the Rt Revd Dr Åstrand and members of the chapter of the cathedral. 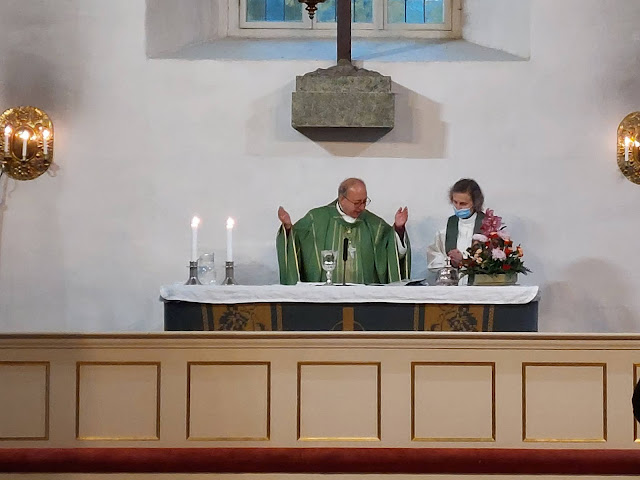 Our own Archdeacon of Germany and Northern Europe, the Very Revd Dr Leslie Nathaniel was the preacher. Fr Leslie is a former Anglican Co-Secretary of the Porvoo Contact Group. He was able to place this historic agreement among Northern European Churches within the wider context of the journey of Christians to fuller unity, including the ground-breaking estabishment of the Church of South India in 1947, the Church into which he was ordained.

Bishop Bo-Göran then hosted the members of the Deanery to a dinner in his official residence, an event which included a recital of traditional songs from Finland and in particular the Swedish speaking peoples of Finland, which make up the Diocese of Porvoo (Borgå, in Swedish). 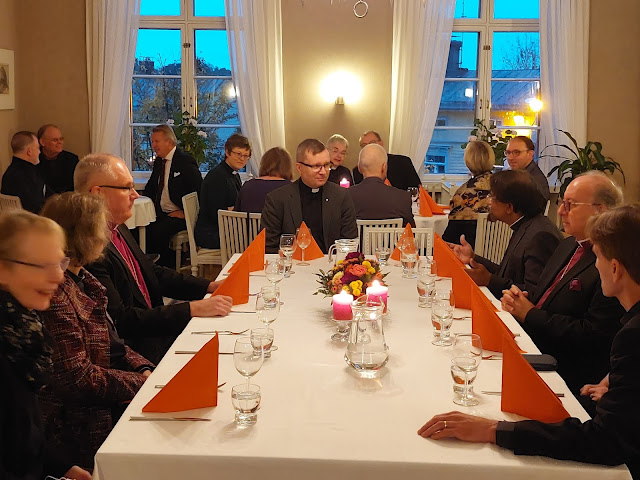 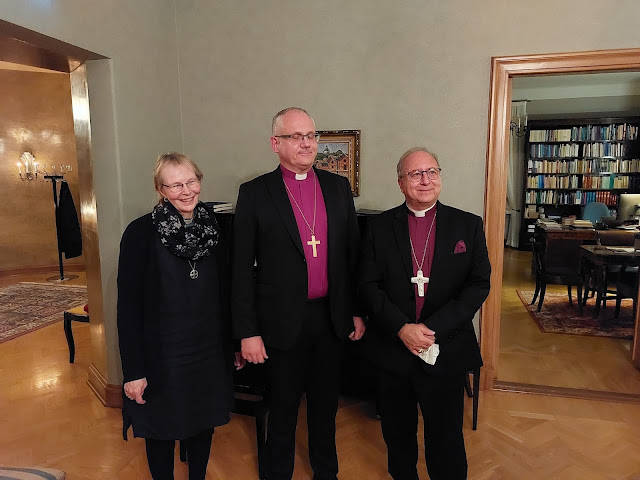 The Synod was pleased to be able to highlight this anniversary. The Porvoo Agreement opens up so many doors for Anglicans in the Nordic and Baltic states. Many of the clergy serving our Church of England chaplaincies are priests from one of the Lutheran Churches. 25 years after the official inauguration of our relations of full communion, we realise we still have much we can do together with our Lutheran partners, in making the sacramental communion we share more visible in our life and work.

Posted by David Hamid at 12:24
Email ThisBlogThis!Share to TwitterShare to FacebookShare to Pinterest