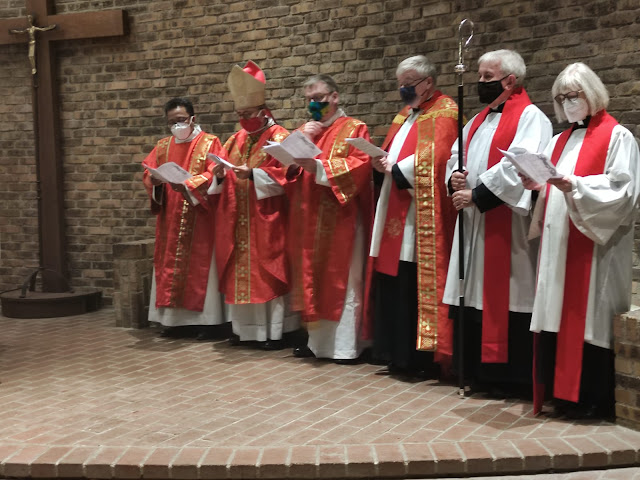 Joy filled St George's Paris on Saturday 13 November, when their Assistant Curate became their Assistant Chaplain. Fr Nicolas Razafindratsima, having successfully completed the requisite three year programme of Post Ordination Training was licensed at the request of the Chaplain of St George's Fr Mark Osborne, and Fr Nicolas, already well known and loved in the congregation, now joins the team of priests in this new capacity.

Fr Nicolas also has a day job: he is a statistical engineer/analist with the French Institute of Demographic Studies! 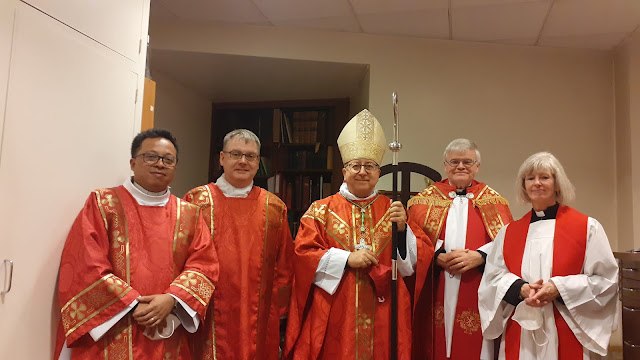 Among the duties of Fr Nicolas, which he shares with his colleagues, is ministry among the large number of Malagasy members at St George's. There are large numbers of Anglicans, organised in 6 dioceses, on the island of Madagascar. They belong to the Church of the Province of the Indian Ocean.

The licensing service was largely in French, with Malagasy used for the hymns and many parts of the mass. Fr Nicolas himself originally comes from Madagascar.

We wish him every blessing in this new phase of his ministry. 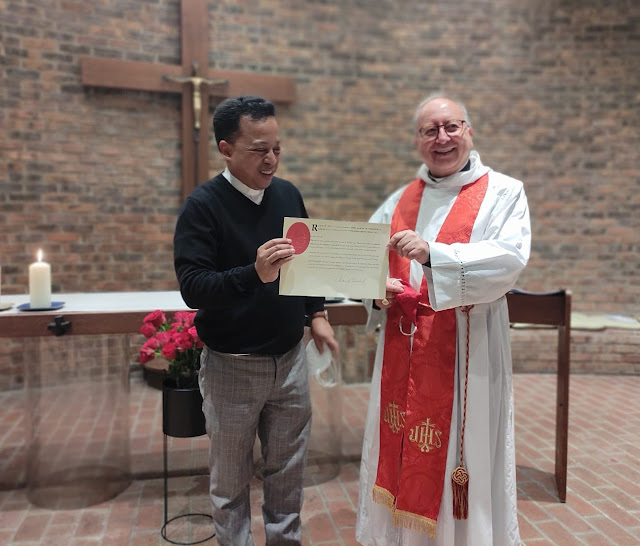 Posted by David Hamid at 13:40
Email ThisBlogThis!Share to TwitterShare to FacebookShare to Pinterest