The Archbishop of Canterbury's reference to Osama bin Laden 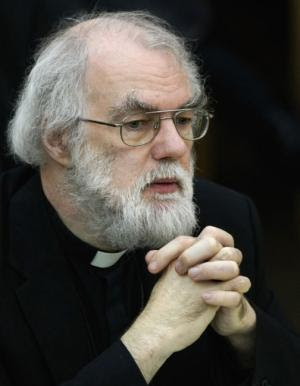 Yesterday, 5 May, the Archbishop of Canterbury, at a press conference to do with another matter entirely, was asked a question about the death of Osama Bin Laden. His response has had some coverage in the media in the UK. Given the way news can become distorted, it is always useful to know precisely what was said. Therefore I post the question and answer below, for the information of those in our Diocese in Europe who often are asked about the position of our Church or statements of our leaders:

Q: Do you believe that the killing of Osama Bin Laden is justice for the 9/11 attacks and indeed other attacks? And was the US morally justified in shooting him even though he was unarmed as the White House now admits?


A: I think that the killing of an unarmed man is always going to leave a very uncomfortable feeling because it doesn't look as if justice is seen to be done, in those circumstances.  I think it is also true that the different versions of events that have emerged in recent days have not done a great deal to help here.  I don't know the full details anymore than anyone else does but I do believe that in such circumstance when we are faced with someone who was manifestly a 'war criminal' as you might say in terms of the atrocities inflicted, it is important that justice is seen to be observed.
Posted by David Hamid at 10:23
Email ThisBlogThis!Share to TwitterShare to FacebookShare to Pinterest