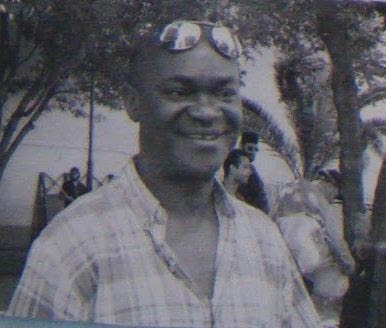 Yesterday I received word from Athens of the death of Mr Ephraim Boms, one of the licensed readers in the parish of St Paul. Ephraim became very ill suddenly last October and has been hospitalised ever since. He was an outstanding lay minister, much loved in the parish and in the community. He helped to pioneer the Church's outreach to the large migrant population in the Greek capital. He was taking steps to explore Holy Orders last year, just before he became ill.
The Revd Canon Malcolm Bradshaw, the Chaplain of St Paul's Athens wrote:

"It has been a long and painful struggle for [Ephraim] and those supporting him – 11 months of high maintenance care in hospital. His wife Victoria has been in since the New Year. Our hopes were raised that he may be flown to for rehabilitation. Unfortunately the bureaucracy was incredibly slow in trying to deliver this – and not helped by strikes of doctors and ambulance crews. Three weeks ago his blood pressure began to fall linked with an infection. Since then the doctors have struggled with the infection and the blood pressure but to no avail. For the Chaplaincy it is a genuine loss – before his heart seizure some twelve months ago he had just blossomed as a Reader. As you know he was to come to the next Diocesan Vocations Conference. We were all proud of him.


His family has asked that he is buried in his robes as a Reader. We will have a Requiem Mass at ’s before Ephraim leaves for "

O Lord, receive our brother Ephraim into the glory of your Son, who is Lord for ever and ever. Amen

Posted by David Hamid at 15:55
Email ThisBlogThis!Share to TwitterShare to FacebookShare to Pinterest