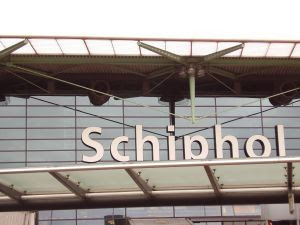 It was in 2004, with the support of Christ Church Amsterdam, that the Church of England Diocese in Europe appointed its first priest to work with the ecumenical chaplaincy at Schiphol Airport. Schiphol is the fourth busiest air hub in Europe, after Heathrow, Charles de Gaulle and Frankfurt. in 2011 close to 50 million passengers used the airport. The present Anglican chaplain is the Revd Joop Albers, who works alongside Roman Catholic and Protestant colleagues in this ecumenical chaplaincy.

To give expression to the communion between Anglicans and Old Catholics, the Willibrord Society, encouraged a broadening of the Anglican participation in this ministry to include the Old Catholic Church of the Netherlands, specifically the Diocese of Haarlem. In 2011 this was formalised through the formation of a board called the "Old Catholic and Anglican Airport Ministry", OCAAM, whose membership is 50% Anglicans and 50% Old Catholic. Our work and presence in the airport is now fully a joint Anglican-Old Catholic project. The Willibrord Society, founded in 1908 works for closer links between Anglican and Old Catholic churches. There is a website here for more information. Our cooperation in the airport ministry is a clear witness to our Churches' sharing in mission as well as in sacramental life and faith.

Alongside Fr Joop there are a number of volunteers, from both Churches, who work at the airport's meditation centre, which sees 45,000 visitors each year! The Airport ministry serves the employees of Schiphol as well, who number close to 60,000. The pastoral care offered transcends cultures and religions. Fr Joop reports that one Muslim employee at the airport said, "we do not need an imam because the church is already here".

The Anglican Airport ministry has a website here. There is a fascinating YouTube clip of the ecumenical work in Schiphol here. 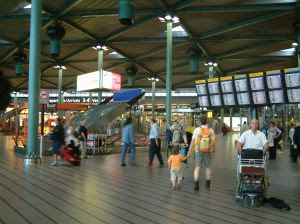 Posted by David Hamid at 07:42
Email ThisBlogThis!Share to TwitterShare to FacebookShare to Pinterest