Nordic and Baltic Synod gets underway 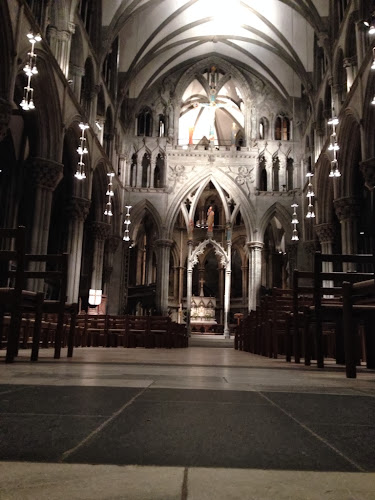 The Nordic and Baltic Deanery Synod has been meeting in Trondheim, Norway, from 27 to 29 September. Clergy and lay representatives from the Anglican congregations in Iceland, Norway, Sweden, Finland, Denmark, and Latvia gathered in the Pilgrim Centre in this ancient city. Trondheim is the burial place of St Olav, and is one of the ancient European pilgrimage destinations. Delegates from Estonia sent their regrets to the meeting.
Just behind the Pilgrim Centre is the massive Cathedral, the largest and most northerly building of its kind in Scandinavia, whose construction began in the 11th century following the death of St Olav. The Dean of the Cathedral, the Very Revd Ragnhild Jepsen, welcomed the synod members at the start of the meeting.
The Revd Canon Barbara Moss, the Area Dean, is responsible for the organisation and programme of the synod which this year is focussing on the theme "Leadership in the Church: Prophets and Pastors for a Pilgrim People".

Posted with Blogsy
Posted by David Hamid at 07:41
Email ThisBlogThis!Share to TwitterShare to FacebookShare to Pinterest