It was very moving to be present at three significant celebrations on 6 June, the 70th Anniversary of D-Day.

During the service a new bell was dedicated by the Cardinal. The bell was given the name Thérèse-Bénédicte, the religious name of St Edith Stein, a Carmelite Nun, a convert from Judaism, who died a martyr in Auschwitz. 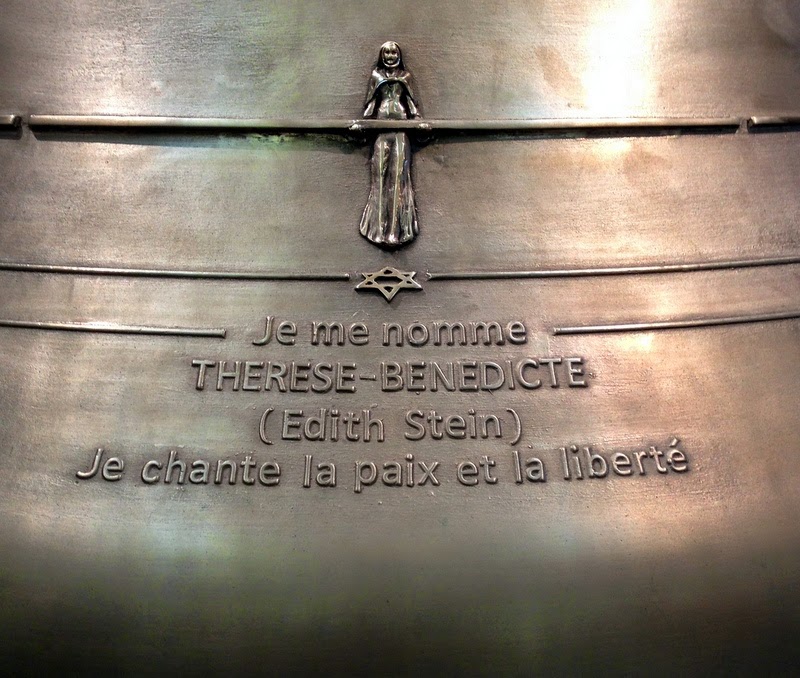 The service in the cathedral was followed by a Service of Remembrance at Bayeux Cemetery, where over 4,100 Commonwealth servicemen (along with about 500 from other nations) are buried. Her Majesty the Queen was in attendance and laid the first wreath. Many veterans from the D-Day landings were present from Commonwealth countries.These brave men, now mostly in their late 80s or early 90s, had many stories to tell. 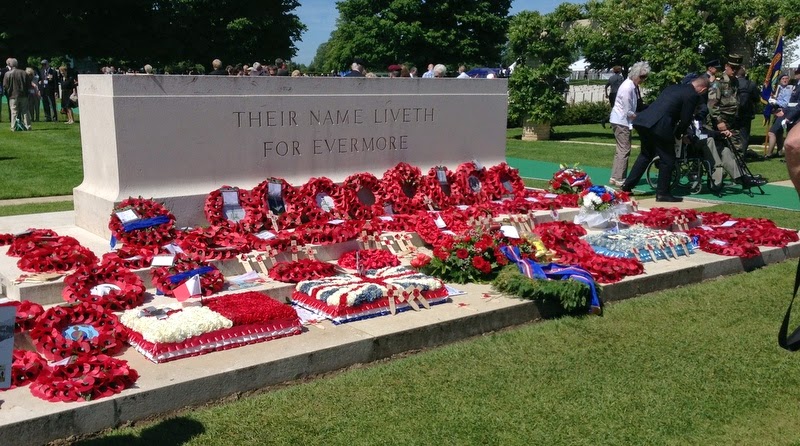 Younger soldiers were also on hand, to accompany the Vets and to honour those who had fought and died for freedom in Normandy. The Canadians always seem to be able to find me, for some reason. 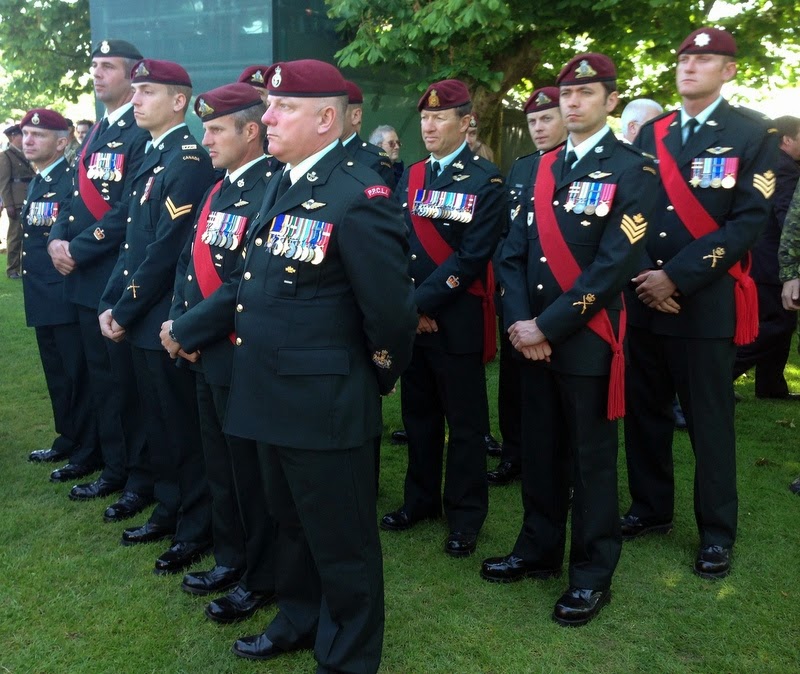 The main international event, hosted by French President François Hollande, was in the afternoon. Heads of state and heads of government from 17 countries were present, including Queen Elizabeth II, Queen Margrethe II of Denmark, King Harald V of Norway, King Willem-Alexander of the Netherlands, King Philippe of the Belgians, Grand Duke Henri of Luxembourg, Chancellor Angela Merkel, President Barack Oama and President Vladimir Putin. Quite a gathering.

Each of the dignitaries greeted the representatives of the veterans from the countries which were involved in the D-Day landings, who were the real VIPs on this occasion. 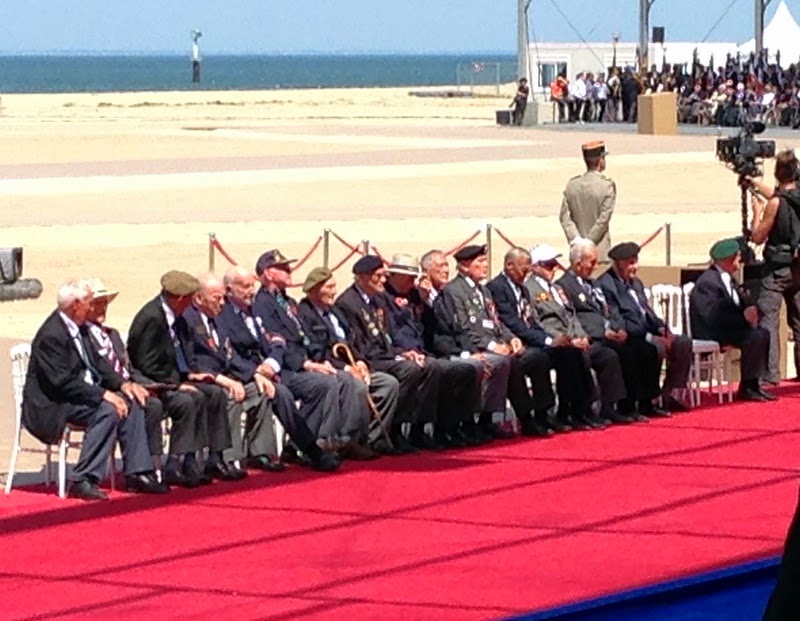 When each head of state or government arrived they were accompanied by school children from Ouistreham, a symbolic reminder of the need to pass on the memory of the remarkable events of D-Day to the younger generations. 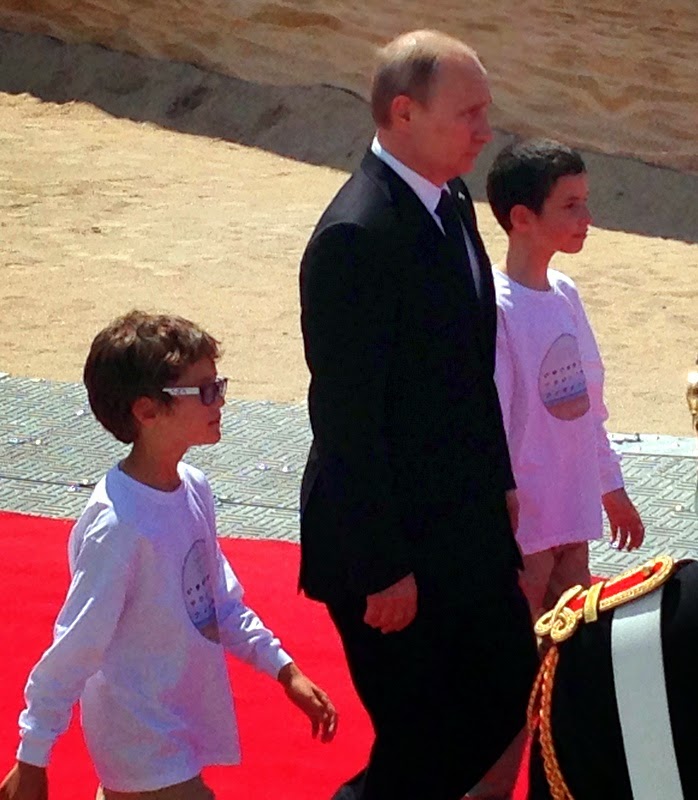 Through a 4 sets of dramatic images, newsreel footage, music and choreography, right on the beach where one of the sets of landings was made, the stages of the war were replayed before the thousands present. The presentations ended with a reminder, quite important given recent anti-EU sentiment, that the European Union, and indeed the United Nations were born of the commitment of countries to end war and barbarism and build a peaceful world. 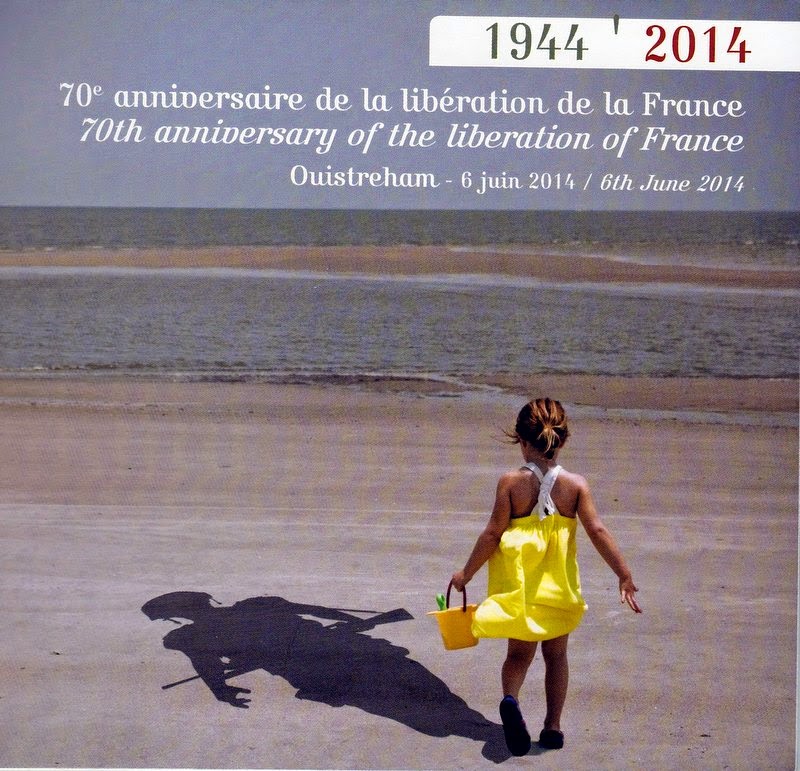 Posted by David Hamid at 16:23
Email ThisBlogThis!Share to TwitterShare to FacebookShare to Pinterest