Resources for Commemorating the Centenary of First World War 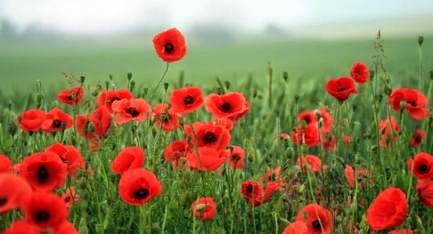 Canon Meurig Williams, the Bishop’s Chaplain, has compiled a collection of resources which our Churches in Europe may find useful for commemorating WW1. He has drawn from material proposed by the Church of England and helpfully supplemented with his own suggestions.

He points to two websites that are particularly helpful:

http://www.ctbi.org.uk/673 (Churches Together in Britain and Ireland)

http://www.churchofengland.org/prayer-worship/worship/latest-updates/world-war-one-liturgy.aspx (The Liturgical Commission of the Church England)

We thank Canon Williams for this resource.

This is a very large post. For convenience, it is also in a separate page tab under the Eurobishop header photo.

Ecclesiasticus 44. 1-15 (mindful of the large numbers of young, promising artists, musicians, poets, scientists and the like who were killed in the conflict and never lived to fulfil their potential)

NON–BIBLICAL READINGS: Appropriate readings may be found in the following novels and anthologies of poetry:


PRAYERS: A selection of set prayers

Almighty Father,
whose will is to restore all things
in your beloved Son, the King of all:
govern the hearts and minds of those in authority,
and bring the families of the nations,
divided and torn apart by the ravages of sin,
to be subject to his just and gentle rule;
who is alive and reigns with you,
in the unity of the Holy Spirit,
one God, now and for ever. Amen.

[Collect for the 3rd Sunday before
Advent, Common Worship]
O God of the nations,
as we look to that day when you will gather people
from north and south, east and west,
into the unity of your peaceable Kingdom,
guide with your just and gentle wisdom all who take counsel
for the nations of the world,
that all your people may spend their days in security, freedom, and peace,
through Jesus Christ, our Lord. Amen.

God our Creator,
we fail to seek your justice,
and swerve from the way of your righteousness:
look with compassion upon those facing danger, disaster, and devastation.
Guide us all along the path of life, and make us valiant for truth,
through Jesus Christ our Lord. Amen.

Eternal God,
from whom all thoughts of truth and peace proceed:
kindle, we pray, in the hearts of all, the true love of peace
and guide with your pure and peaceable wisdom
those who take counsel for the nations of the earth
that in tranquillity your kingdom may go forward,
till the earth is filled with the knowledge of your love;
through Jesus Christ our Lord. Amen.

A responsorial prayer of commemoration

A Litany of Remembrance

Holy God,
holy and strong,
holy and immortal,
have mercy upon us.

O Lord, our maker and our strength,
from whose love in Christ we can never be parted
either by death or life:
Look in mercy on those for whom we pray this day,
and grant us your protection and peace,
that we may be saved in body and soul,
through Jesus Christ our Lord.  Amen.

As we ask for deliverance from the forces of destruction, so we pray in the words that Jesus gave us:

Our Father, who art in heaven,
hallowed be thy name;
thy kingdom come;
thy will be done
on earth as it is in heaven.
Give us this day our daily bread.
And forgive us our trespasses,
as we forgive those who trespass against us.
And lead us not into temptation;
but deliver us from evil.
for thine is the kingdom,
the power and the glory,
for ever and ever.   Amen.


Further Prayers can be found in Common Worship Pastoral Services (2000):

God of might and valour, your grace is all we need.
In our weakness give us strength:
support us in temptation; make us bold in time of danger;
give us fresh vigour when we lose heart;
and help us to do your work with a good courage,
for the sake of Jesus Christ our Lord. Amen.

God of light and love,
in your tender compassion you sent your Son
to shine on those who sit in darkness
and to guide our feet into the way of peace.
Grant us, in our doubts and uncertainties,
the grace to ask what you would have us do.
By your Spirit of wisdom, save us from false choices.
And since it is by your light that we are enlightened,
lead us and protect us, and give us a straight path to follow,
that we may neither stumble nor fall;
through Jesus Christ our Lord. Amen

God of all nations, your love is without limit and without end.
Enlarge our vision of your redeeming purpose for all people.
By the example of your Son, make us ready to serve the needs
of the whole world.
May neither pride of race nor hardness of heart
make us despise any for whom Christ died
or injure any in whom he lives;
through the same Jesus Christ our Lord.
Amen.

Lord God, Sovereign over all,
bring in the day of the splendour of your kingdom
and draw the whole world
into willing obedience to your reign.
Cast out the evil things that cause war,
and send your Spirit to rule the hearts of people
in righteousness and love.
Repair the desolations of many generations,
that the wilderness may rejoice,
and the city be made glad with your law.
Confirm every work that is founded on truth,
and fulfil the desires and hopes of your people,
through the victory of Christ our Lord.
Amen.

An alternative to ‘O valiant hearts’ to the tune ‘Supreme Sacrifice’:

God, as with silent hearts we bring to mind
how hate and war diminish humankind,
we pause, and seek in worship to increase
our knowledge of the things that make for peace.

Hallow our will as humbly we recall
the lives of those who gave and give their all.
We thank you, Lord, for women, children, men
who seek to serve in love, today as then.

Give us deep faith to comfort those who mourn,
high hope to share with all the newly born,
strong love in our pursuit of human worth:
"lest we forget" the future of this earth.

So, Prince of Peace, disarm our trust in power,
teach us to coax the plant of peace to flower.
May we, impassioned by your living Word,
remember forward to a world restored.

MUSIC
Here is a selection of music which was either written during the First World War or is evocative of that period:

NB: Many of the songs which seem particularly resonant of World War I set poems from A Shropshire Lad by A E Housman (1859–1936). These poems, published in 1896, acquired new popularity during the Second Boer War (1899–1902) and then again during World War I. However, many of the musical settings were made before the outbreak of the war. In addition to those included on the Hyperion recording (see above) these include:

Ralph Vaughan Williams (1872–1958):
A Lark Ascending (written 1914, just before the outbreak of the war)
A Pastoral Symphony (performed 1922 but created out of the composer’s wartime experiences)

David Bednall (b.1979):
Everyone sang  - a vigorous setting of Sassoon’s great poem expressing relief at the end of WWI

Mark Blatchly (b. 1962):
For the Fallen – a setting of Binyon’s poem for the Choristers of St Paul’s Cathedral to sing at the Festival of Remembrance in the Royal Albert Hall

Jonathan Dove (b. 1959):
Into thy hands, O Lord and Father  - a serene anthem of commendation setting Edmund of Abingdon’s prayer for protection from danger

Geraint Lewis (b. 1958):
The souls of the righteous – a warm and lyrical setting by a contemporary Welsh composer.

These images and works of art are easily found on the internet. Details of war artists and illustrations of their work can be found on the website of the Imperial War Museum at http://www.iwm.org.uk/history/war-art-schemes-of-the-first-world-war 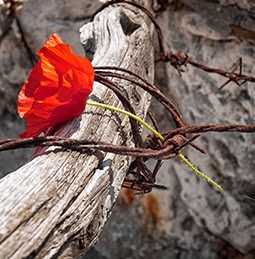 Westminster Abbey has an order of service for a Vigil on the Centenary of the outbreak of WWI:
http://static.westminster-abbey.org/assets/pdf_file/0009/71964/Structure-of-the-vigil-for-website_revised-title.pdf


and some suggested resources:
http://static.westminster-abbey.org/assets/pdf_file/0008/71963/Vigil-Resources.pdf

The Church of England Liturgical Commission has a set of Propers for a commemoration in the context of the Eucharist:
http://www.churchofengland.org/media/1941983/ww1%20resources%20requiem%20eucharist%20final.pdf

THEOLOGICAL RESOURCES
Churches Together in Britain and Ireland are publishing We Shall Remember by Keith Clements (biblical reflections and prayers by this leading Bonhoeffer scholar) and Beyond our Tears compiled by Jean Mayland (a resource book of hymns, prayers, poems and reflections drawing on the experience of those who have known tragedy) see www.ctbi.org.uk/673

The Joint Liturgical Group (http://www.jlg.org.uk/Resources) will publish Out of the Depths which explores how churches can effectively respond to tragedy and conflict.

The Bible Society (https://www.biblesociety.org.uk/products/9780564049233/) has a booklet Hear my Cry (which can be given away by churches) which includes poems, prayers and reflections on conflict.

The Church of England’s Cathedrals’ Liturgy and Music Group have produced Disaster and Bereavement Liturgies by Charles Taylor which contains a pastoral and theological introduction, resources and worked-out orders of service, which offers ideas and material for those wishing to put their own orders of service together. See www.churchofengland.org/clergy-office-holders/bandc/for-cathedral-staff.aspx

Nigel Biggar  Burying the Past: Making Peace and Doing Justice After Conflict (GUP)

Ed. Lee Marsden The Ashgate Research Companion to Religion and Conflict Resolution (combines religious teachings on conflict resolution from the great religions, case studies from around the world, examinations of fundamentalism, peace building, gender, pacifism and religious freedom, together with profiles of key personalities)

The Mainz Ecumenical Assembly has issued a response to the WCC’s call for a Pilgrimage of Justice and Peace in 2014 which can be accessed (in German only) at http://www.oikoumene.org/de/resources/documents/other-meetings/mainzer-botschaft-der-oekumenischen-versammlung-2014/

For worship in schools and with young people, there is a wide selection of resource material (for primary and secondary ages) at www.assemblies.org.uk

The Church of England has a dedicated website at www.churchofengland.org/ww1.aspx
which provides liturgical resources, events ideas, stories, historical and theological reflections.

Posted by David Hamid at 07:00
Email ThisBlogThis!Share to TwitterShare to FacebookShare to Pinterest