The Diocese in Europe has a healthy number of vocations to the ordained ministry, and continues to encourage and foster vocations. The Director of Ordinands, William Gulliford (pictured far left above, who is also Vicar of St Mark’s Regent’s Park, where the above was taken) hosts a weekend each year for those embarking on the process of discernment.

From 6-8 February 15 enquirers coming from across the diocese attended a three day conference, which included talks, visits and exercises designed to prepare those at this early stage for what lies ahead. The discernment team from the diocese included the the Revd Canon Meurig Williams, the Revd Deacon Frances Hiller, the Revd Douglas Emmott, the new Vocations Adviser for France, the Revd Nigel Stimpson, the new ADO for Spain, as well as former ordinands from the diocese, some now in others dioceses. Sonia Taylor, Senior Vocations Adviser for France gave a talk on Spiritual Direction and Discernment. The Revd Matthias Grebe of Bonn and Cologne was visiting London last weekend and he and his wife Vickie joined the group on the Sunday following the final parish visits.

Fr William commented that the group was “a most interesting and varied group, from a very wide range of backgrounds, the eldest being in their early fifties and the youngest in their mid-twenties. The Diocese is indeed blessed that such gifted people are presenting themselves for service in God’s Church.” 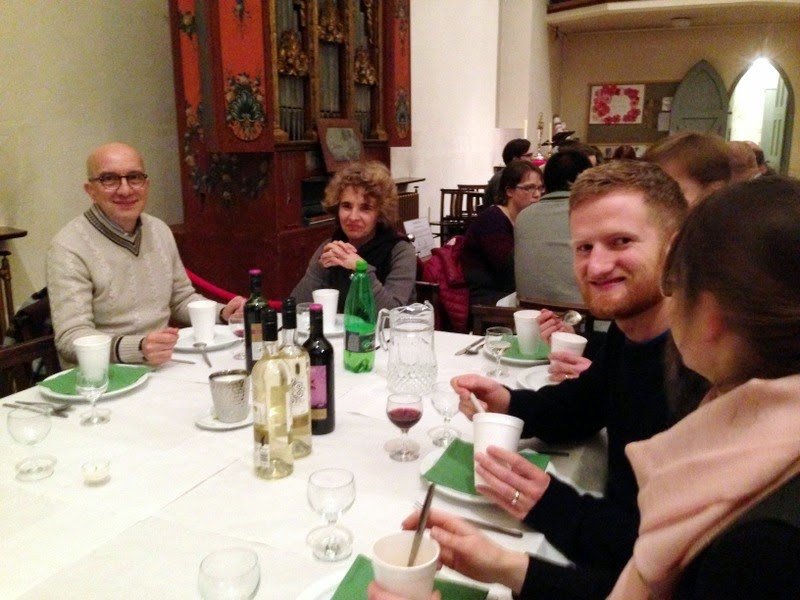 The Diocese currently has 14 candidates in training for Holy Orders, four of whom are in residential colleges in England and nine are on the Eastern Region Ministry Course, which trains our non-residential candidates, and one is training on the mixed-mode context-based St Mellitus course. One candidate alongside part-time training on ERMC is doing a full-time degree at the Catholic University of Leuven. That blend of European study of theology with and attention to thoroughly Anglican formation through an English institution, provides a unique training for future ministry for appropriate candidates.

Five deacons will be ordained this Petertide. All being well and up to nine candidates should be proceeding to Bishops Advisory Panels this academic year, four of whom have already heard they will enter training in September 2015.

All interested in ordination should see first an Area Vocations Adviser, and then attend an Enquirers’ Conference, before embarking on the formal discernment process, commended by their church councils. The process can take up to two years, which is the average length of time in any English Diocese.  Candidates proceed from the Enquirers’ weekend to an interview with the DDO and then, all being well, to a Vocations Seminar, held in Woking each October. From there they proceed to a Ministry Division Bishops’ Advisory Panel, which recommends whether or not a Bishop should sponsor the candidate into training. The Panel offers advice on the character of training.

Aspects of the training process and the funding of theological formation is the subject of discussion in the General Synod.

Posted by David Hamid at 06:44
Email ThisBlogThis!Share to TwitterShare to FacebookShare to Pinterest