Sunday 8 Febtruary - an international day of prayer against human trafficking

On Sunday 8 February 2015, Roman Catholics around the world will celebrate the first International Day of Prayer and Awareness against Human Trafficking. This date falls on the Feast of Saint Josephine Bakhita, a Sudanese slave who later became a nun and was canonised in 2000. This initiative is the latest in growing worldwide efforts from across the Church to address the human rights violations and crimes associated with the trafficking of human beings.

Human trafficking has long been a priority area for the Conference of European Churches (CEC), the fellowship of 114 Anglican, Orthodox, Old Catholic and Protestant Churches in Europe. CEC's work in this area is in very close relationship with the Churches' Commission for Migrants in Europe (CCME), seeking response to the complex social and political dimensions of the problem.

Additionally, cooperation between CEC and the Roman Catholic Church in Europe (through the Commission of the Bishops' Conferences of the European Community, COMECE) has called for an increasingly robust response from the European community to bring about an end to human trafficking. Among recommendations of the Churches is a call for more research on new forms of human trafficking, increased specialised services for victims, and encouragement to establish better provision for residence provisions for trafficked persons.

O God, when we hear of children and adults
deceived and taken to unknown places
for purposes of sexual exploitation, forced labour, and organ ‘harvesting’,
our hearts are saddened and our spirits angry
that their dignity and rights are ignored through threats, lies, and force.
We cry out against the evil practice of this modern slavery,
and pray for it to end.
Give us wisdom and courage to reach out
and stand with those whose bodies, hearts and spirits
have been so wounded, so that together we may
make real your promises to fill these sisters and brothers
with a love that is tender and good.
Send the exploiters away empty-handed
to be converted from this wickedness,
and help us all to claim the freedom
that is your gift to your children.
Amen. 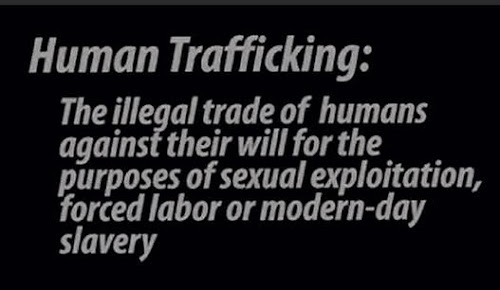 Posted with Blogsy
Posted by David Hamid at 09:12
Email ThisBlogThis!Share to TwitterShare to FacebookShare to Pinterest