Churches in Athens coming together for joint action and for prayer 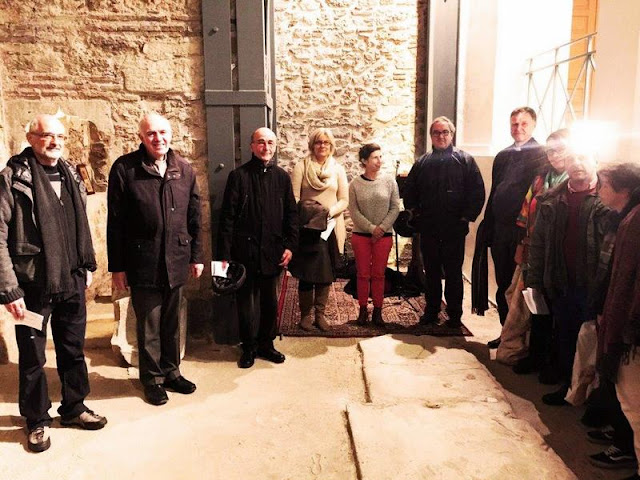 In the evening of Saturday 19 December representatives of the newly formed ‘Churches Together in Athens’ held a  Prayer Vigil in the remains of an ancient Athenian church situated in the centre of the library of the Archbishop of Athens.

‘Churches Together in Athens’ has grown out of a need to come together to address the refugee crisis. Monthly meetings are held for the purpose of passing on information as the crisis manifests itself, sharing resources, providing mutual support and the coordination of our various programmes so that they are effective and free of duplication.

A wide spectrum of Churches are represented stretching from the Greek Evangelical Church supported by the Evangelical Alliance of the USA, through to the Salvation Army, the German Evangelical Church, the Church of Sweden, the Anglican Church, the Jesuit Society for Refugees, the Society of Pope John XXIII, the Greek Orthodox Church and several Christian NGO’s focused on refugee work.

Such a level of co-operation between Churches in Greece has not been common in the past. Even less common have been gatherings to pray together. ‘Churches Together In Athens’ are most grateful to the Greek Orthodox Church for the hospitality it extended and its participation in the Vigil. The Vigil was focused on the refugee crisis and took the form of silences interjected with short Biblical readings, occasional chants, prayers from various traditions, extemporary prayer and stories, some bitter, arising from the crisis.

This prayer gathering was truly a significant moment in ecumenical history in Greece, and one which our own Anglican Church of St Paul has played a key role. 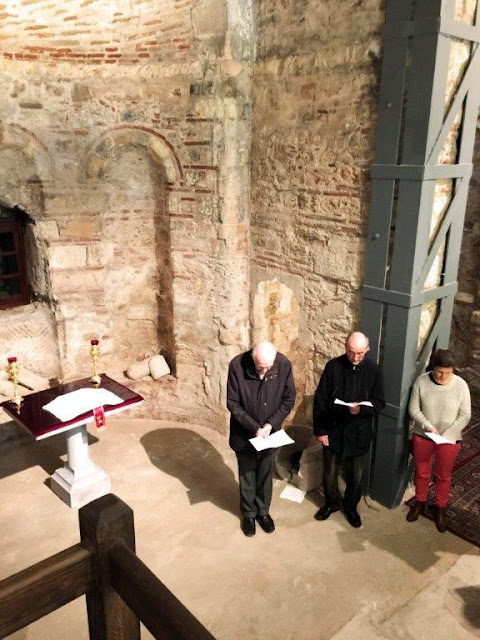 Posted by David Hamid at 07:52
Email ThisBlogThis!Share to TwitterShare to FacebookShare to Pinterest