The Easter celebrations in the Cathedral in Gibraltar had a couple of significant ecumenical dimensions.

First of all, I was welcomed on Holy Saturday to the Shrine of Our Lady of Europe by Fr Charles Azzopardi, from the RC diocese of Gibraltar. I was accompanied by Fr Michael Wagstaff, the Naval Chaplain in Gibraltar.

The shrine has a fascinating history. In 711 General Tariq Ibn Ziyad led his Moorish troops across the straits which separate Africa from Iberia. (Gibraltar actually means in Arabic, "Mountain of Tariq" (jabal ṭāriq). He built a mosque at the southernmost part of the peninsula in thanksgiving. When Moorish occupation of Gibraltar ended in 1309, King Ferdinand IV of Castille converted the ancient mosque into a Christian shrine and dedicated the continent to the Mother of Our Lord, under the title, Our Lady of Europe. The present statue dates from 1462. The feast of Our Lady of Europe is observed on our Diocesan Calendar on 9 May. Interestingly, in recent years, with Saudi Arabian money, a new mosque has been built on this southernmost point of Europe. The photo below shows the minaret. 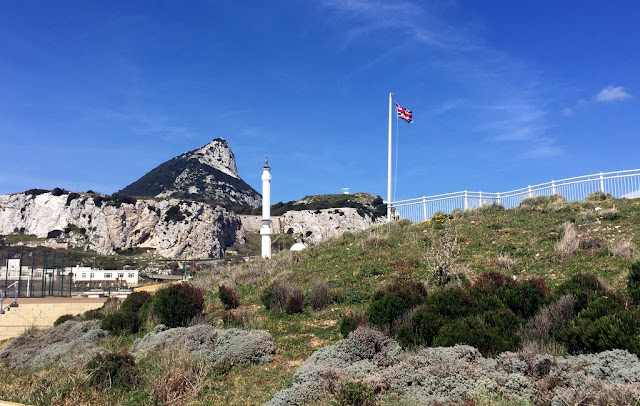 Later that night as we prepared for the Solemn Vigil of Easter, I learned that the Paschal Candle was a gift from the Roman Catholic Cathedral to ours. This is a long-standing custom, and a gracious ecumenical gesture on this most holy of feasts. 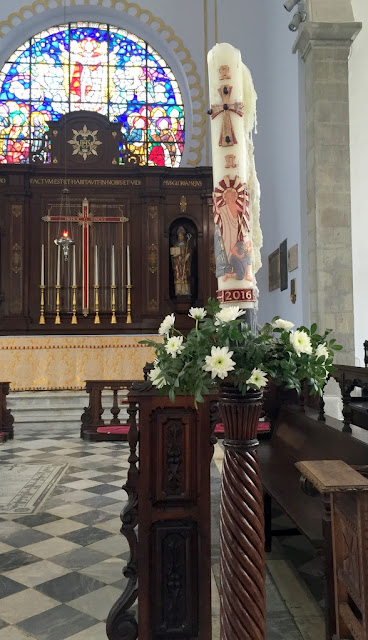 The Easter celebrations included baptism and confirmations. The question at the heart of the rite of Christian Initiation is always a moving one, but it seems to take on more power at Easter, when each candidate is asked individually, "Is this your faith?" To which they respond, "This is my faith!". 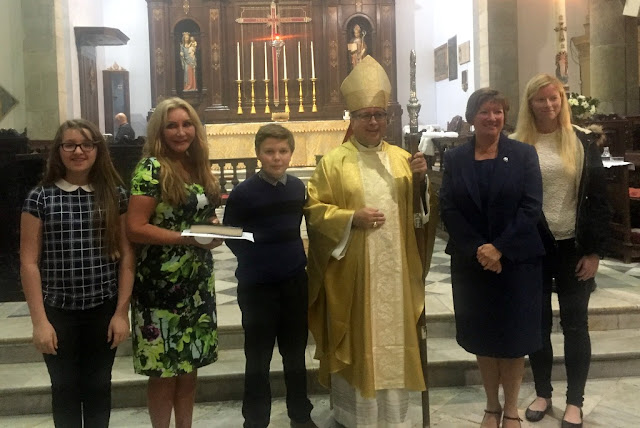 Music at the Cathedral is of a high standard and is an important dimension in the liturgy, as is the ceremonial of the Eucharist which is served by a very dedicated and skilled group of acolytes who clearly love their ministry.

Posted by David Hamid at 14:28
Email ThisBlogThis!Share to TwitterShare to FacebookShare to Pinterest