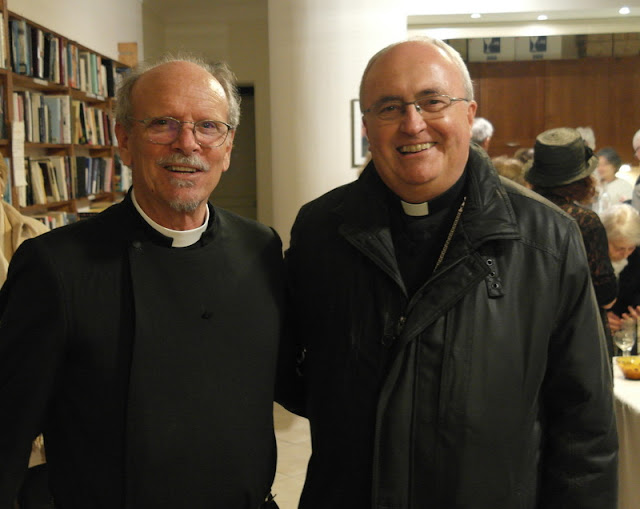 Ecumenical life continues to be strong in the Principality of Monaco. The Monaco Christian community came out in good numbers to attend an ecumenical celebration of Anglican Evensong at Saint Paul's Church on Sunday 6th March. This annual service of ecumenical prayer in the season of Lent attracted a record number in the congregation. As a result Père Patrick Keppel, the Ecumenical Office for the Diocese of Monaco, was quick to suggest that the service of Lenten Prayer return to Saint Paul's in 2017. According to the Chaplain of St Paul's, the Very Revd Walter Raymond (pictured above with RC Archbishop Bernard Barsi), many attending the service commented not only on the beauty of the choral singing but on the much improved sound of the newly refurbished organ. 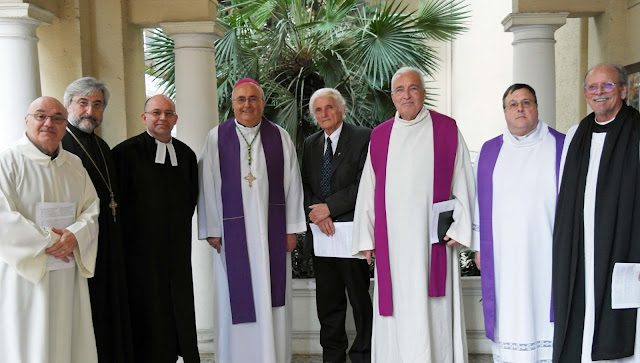 Posted by David Hamid at 14:54
Email ThisBlogThis!Share to TwitterShare to FacebookShare to Pinterest