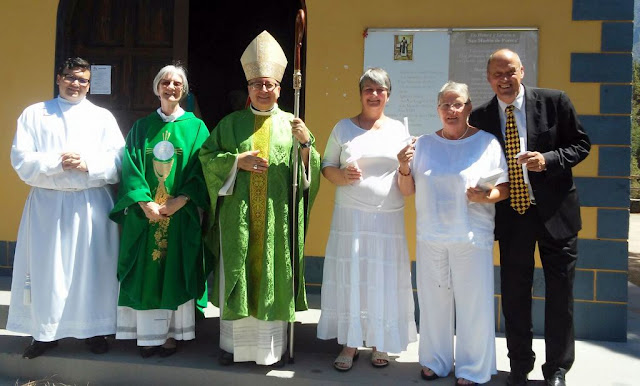 One of the newest parishes in the Diocese in Europe is the Anglican Church in La Palma, a pastoral charge in our growing Archdeaconry of Gibraltar. The Revd Jennifer Elliott de Riverol is the parish priest.

On this island (in the Canaries) services are now held each Sunday, enabled by the outstanding hospitality offered by the Roman Catholic Church. Our services are held in three different Roman Catholic Churches or chapels: twice each month in San Martín de Porres, El Paso, and once a month in Nuestra Señora de Bonanza, also in El Paso, and in the Hospital Chapel near Santa Cruz. (Surely, Nuestra Señora de Bonanza is the best name anywhere in the Anglican world for one of our churches!)

Last Sunday was a special celebration: the first confirmations since the parish was formed. The liturgy was in the delightful San Martín de Porres, located on a hill-top surrounded by pine forest.

It was an ecumenical occasion too. My chaplain for the eucharist was a young RC seminarian, Francisco, who was back home on the island during the break from his studies in Málaga. One of the local priests, Fr Bernabé, rushed to join us for the refreshments after his own celebrations were finished. The congregation included Roman Catholics and Orthodox.

Jennifer gives priority to nurturing and deepening the ecumenical relations on the island. Thanks to her work there is a growing understanding of the Anglican tradition among her Roman Catholic colleagues. Thus in this parish on the westernmost fringe of our diocese, our ecumenical commitment is being lived out in dialogue and friendship with our Roman Catholic hosts.

Friends from the "mother parish" of All Saints Tenerife flew in for the occasion, marking the close links and support from the community out of which the Anglican Church in La Palma grew. 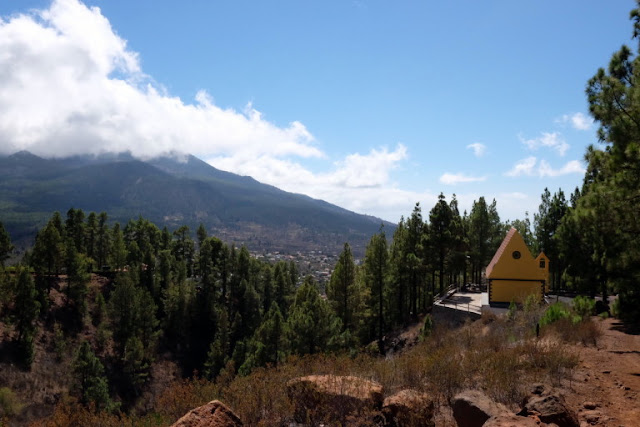 Posted by David Hamid at 11:00
Email ThisBlogThis!Share to TwitterShare to FacebookShare to Pinterest