Malta: a patronal festival marked by joy, ecumenical life and a new Archdeacon installed in her canonry 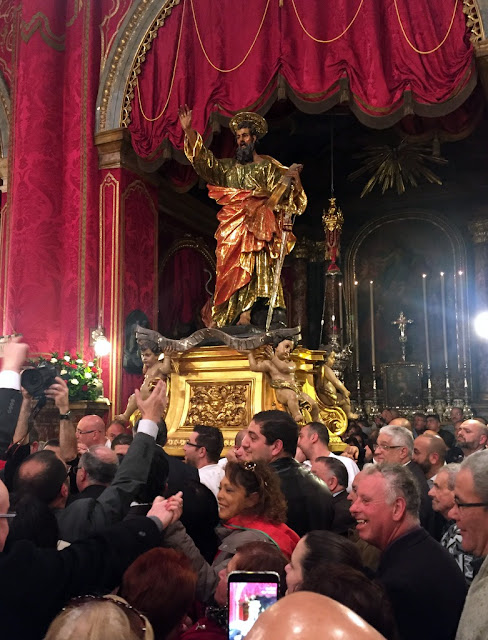 There are very few places in our diocese directly connected to events in the New Testament: Rome, Athens, Thessaloniki of course. But also significantly Malta, the home of one of our Pro-Cathedrals.

The Patronal Feast of our Pro-Cathedral of St Paul in Valletta, Malta, is the feast of Shipwreck of St Paul. St Paul is considered to be the spiritual father of the Maltese and his shipwreck recorded in The Acts of the Apostles Chapters 27 and 28. He stayed 3 months on the island bringing the Christian message to the inhabitants.The Feast is a national holiday in Malta. 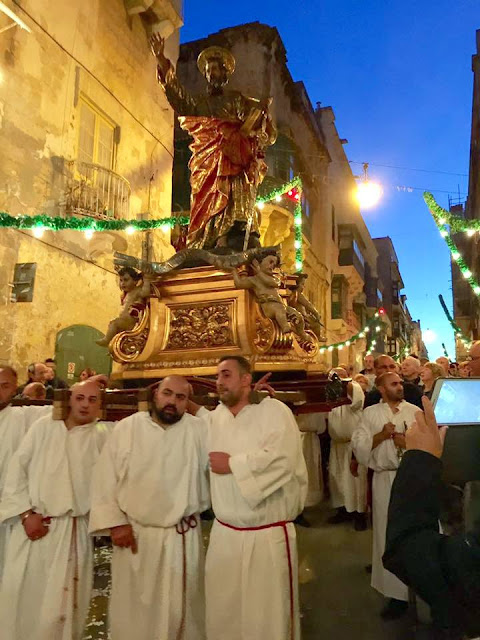 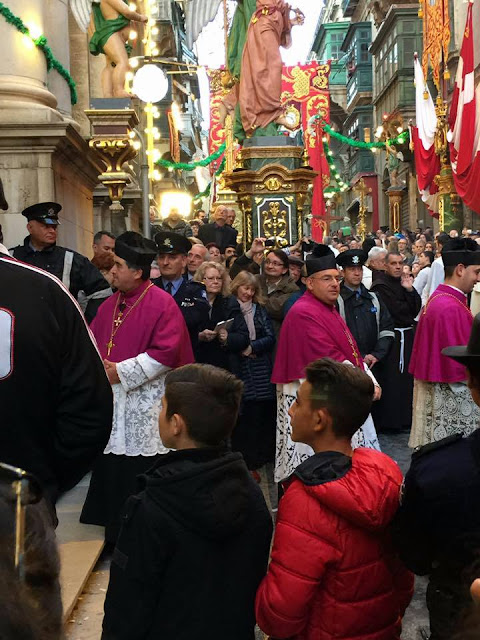 The celebrations are very Mediterranean, with a moving procession of a (2 ton) statue of the Apostle through the streets of Old Valletta. It is a wonderful expression of what sociologists of religion call "popular religiosity". For me it was a clear sign of deep, joyous even infectious faith among the people of the island. In fact, several of the Anglicans present remarked that it was a visible way to reach out to the people with the Christian message. Perhaps a technique that Anglicans might adopt in our evangelisation strategy? The Anglican community is a welcome participant in the events, as warm ecumenical relations have been nurtured over the years with the Roman Catholic Church. 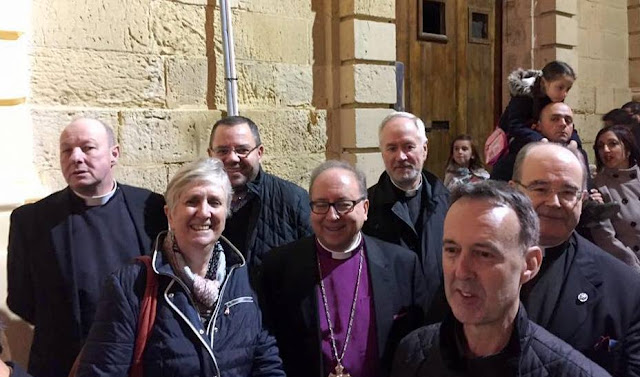 In our own Pro-Cathedral, the feast was celebrated at the Sunday Mass on 12 February. The Revd Canon Jeremy Haselock, Sub-Dean of Norwich Cathedral was the guest preacher. A tribute to the ecumenical work of the Chancellor of St Paul's, the Revd Canon Simon Godfrey, was the presence of the RC Archbishop of Malta, Monsignor Charles Scicluna, in choir habit for our entire festive eucharist. I invited him to share with me in the final blessing. Several other senior clergy from the RC Archdiocese also attended. A choir of about 40 members sung the liturgy.

At the start of the Mass, the Archdeacon of Italy and Malta, the Venerable Vickie Sims, was installed in her canon's stall, that of St Helena, in the Pro-Cathedral, by the Chancellor. The Archdeacon is also the Chaplain of All Saints Milan and it was her first visit to the Pro-Cathedral and therefore was an important time to mark and celebrate her wider ministry in Italy and Malta.


Following the service the annual "Shipwreck Lecture" was given. The lecturer this year was the Reverend Professor Marius Zerrafa OP. His topic was the theft and return of Caravaggio’s “St. Jerome Writing”, a work of the great master which hangs in St John's Co-Cathedral in Valletta.

Father Zerafa is the former Director of the Malta Museums. The painting was stolen on New Year's Eve 1984. Fr Zerafa negotiated with the thieves for its return for almost a year! It was a thrilling story. Fr Zerafa said, "At times it was easier to deal with the Mafia, than with Ministers and Monsignori …!” It was an account worthy of a Hollywood film. (I think the clergy and people of the Pro-Cathedral would make a great supporting cast!)


St Paul remarked (Acts 28.2) that when he was marooned on Malta the natives showed him "unusual kindness". Certainly any visit to our Pro-Cathedral, named after the Apostle, will be an experience of that kindness.


Posted by David Hamid at 08:51
Email ThisBlogThis!Share to TwitterShare to FacebookShare to Pinterest