It has been 102 years since the start of the Armenian deportations and genocide. Today I was invited by His Grace Bishop Hovakim Manukian, the Primate of the Armenian Churches of the UK, to assist at the Divine Liturgy in St Yeghiche Church in London, and to take part in the prayers commemorating the estimated 1.5 million Armenians who were killed during the period 1915 to 1923.

The solidarity of Christians in this solemn commemoration is vitally important. As Bishop Hovakim said in his homily today, we should never be indifferent to those who suffer violence and endure hate and death at the hands of others. 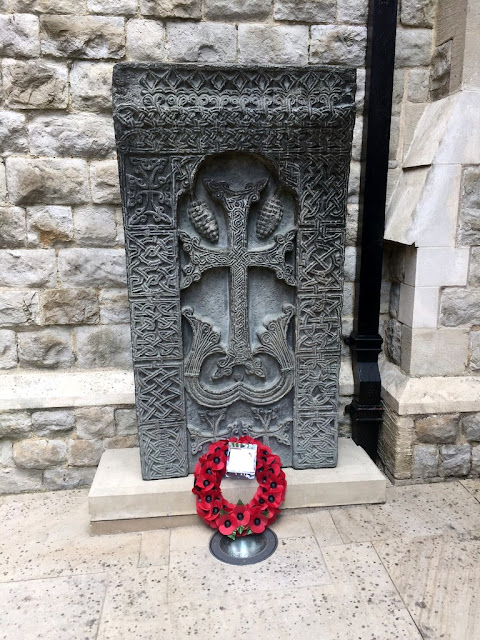 His Grace also pointed out that this week a film debuts in cinemas, called "The Promise". It is set during the last days of the Ottoman Empire. It is essentially a love story involving an Armenian medical student but set in the midst of these historic and cruel  events. The main character prays "Dear Lord, Help us survive these cruel times so we may once again sing your praises." It might be worth putting on your list of films to view.


Posted by David Hamid at 16:22
Email ThisBlogThis!Share to TwitterShare to FacebookShare to Pinterest