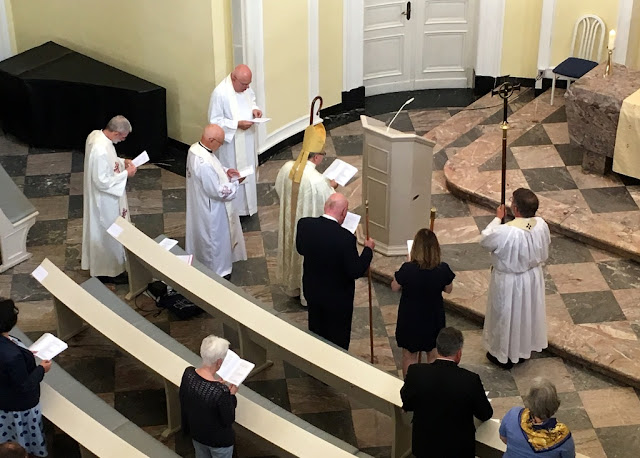 There has been Anglican worship in Bonn, Germany, for 175 years. On Saturday 24 June, this milestone was celebrated by St Boniface Anglican parish in the grand setting of the Schlosskirche in the heart of the city. Ecumenical guests were present from the Roman Catholic Church as well as a representative from our sister Old Catholic Church in Germany. The Deputy Mayor of the City was also present underlying civic recognition for these years of English church presence. An excellent choir, the Bonn English Singers, led the music. 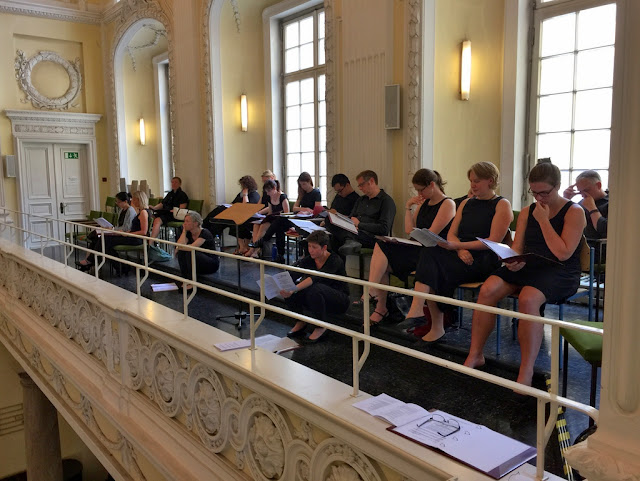 The anniversary service began with a procession of thanksgiving around the Church with stations at the Baptismal Font, the Lectern and the Altar, the places where Christ's presence in his Church in the sacred liturgy is particularly symbolised. The Archdeacon of Germany and Northern Europe, the Venerable Colin Williams, the locum priest Fr Richard Costin, the Assistant Curate Fr Richard Gardiner, and Area Dean-designate Canon John Newsome, were able to concelebrate the Eucharist with me. Fr Newsome had been the parish priest in Bonn at the time of the 150th anniversary! 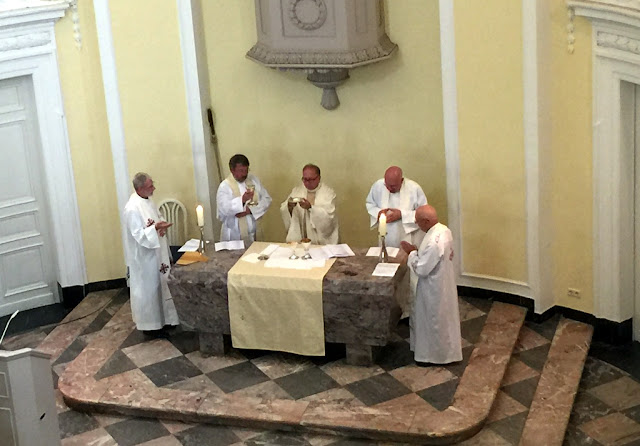 Although established 175 years ago to serve the English community in the city, St Boniface church is now an international congregation, with members from around the world.

Following the mass, the congregation had a surprise gift for the curate: a beautiful white chasuble, to show their love for him and their deep appreciation for his ministry. Parishioners told me that was the first time they saw Fr Richard rendered speechless!


Photos courtesy of Jenny Knudsen
Posted by David Hamid at 09:06
Email ThisBlogThis!Share to TwitterShare to FacebookShare to Pinterest