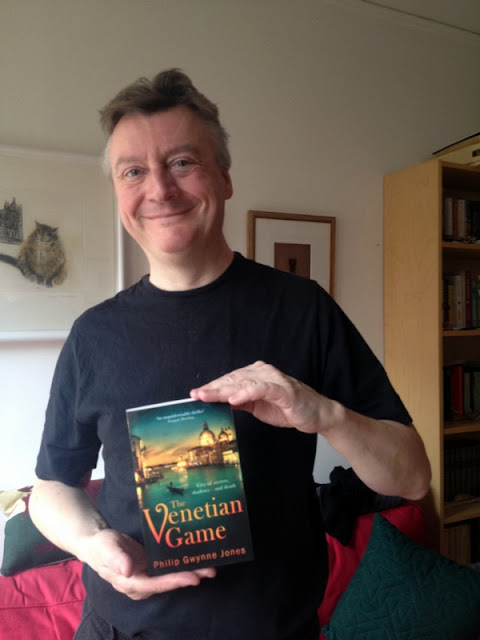 Philip Gwynne Jones is a Reader-in-Training at St George’s, Venice. After a career working in IT for the European Space Agency in Frascati, Italy, and following a stint with a Scottish bank during the global financial crisis, he dediced to return with his wife Caroline to Venice in search of a better and simpler future. ‘We were wrong about the “simpler bit”’, Philip wryly comments. Nevertheless, he is now established as a translator and teacher. Being Welsh he naturally has a love for music and so can be found singing bass with the Cantori Venezione and the Ensemble Vocale di Venzia.  During the lengthy inter-regnum at St George's he assisted greatly to keep the worship life going both in Venice and at Christ Church, Trieste.


But a new talent has come to light:  Philip has published his first novel – a gripping thriller called The Venetian Game. Full of contemporary local colour it portrays Venice as a city of secrets, shadows – and death. The story is built around a certain Nathan Sutherland, British Honorary Consul to Venice. Nathan’s life is steady and unexciting – a translator who helps tourists with such mundane things as lost passports and stolen purses. Things dramatically change when he is offered a large sum of money to look after a small package containing a prayer book illustrated by the Venetian master Giovanni Bellini…. For the rest of the story you will need to buy a copy.


The writer and literary critic Gregory Dowling has said of The Venetian Game "A playful novel, recounted by a witty and engaging narrator ... as Venetian as a painting by Bellini (or a glass of Bellini). Oh, and it's also an unputdownabale thriller".


This is not Philip’s last novel. He will publish a second one next year and a third is in the planning stage, each one based on Venice. Here is a link to Philip's own website:

Posted by David Hamid at 11:05
Email ThisBlogThis!Share to TwitterShare to FacebookShare to Pinterest