Orthodox, Lutherans, Anglicans, Roman Catholics and Methodists walking together for unity in Copenhagen 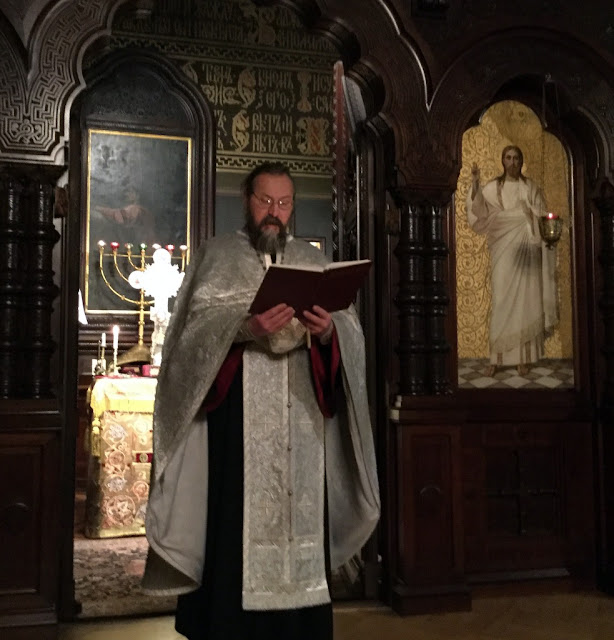 In Copenhagen, the Week of Prayer for Christian Unity is celebrated with an ecumenical "Church Walk", (in Danish, Kirkevandring). It is now in its 64th consecutive year, being the oldest such continuous event in the world. It was started by the Fellowship of St Alban and St Sergius, an organisation which since 1928 has sought to promote links between the Churches of East and West.

This year, more than 800 people walked through Copenhagen visiting and worshipping - as part of one continuous service - in churches of  different denominations: The Danish Lutheran Church, the Methodist Church, the Roman Catholic Cathedral, the Russian Orthodox Cathedral, St. Alban's Anglican Church and ending with a longer service in the Swedish Church. This year the preacher was Bishop Martin Lind of the Swedish Lutheran Church (who has been serving as Bishop of the Lutheran Church in the UK). The service at St. Alban's was a shortened version of traditional evensong.

St Alban's has been deeply involved each year. The Revd Canon Ulla Monberg, the Director of Ministerial Development, has been part of the planning committee for several years. The Revd  Palle Thordal, (a Danish priest with Permission to Officiate in St. Alban's) the Revd Paul Skirrow, the locum priest were all participants. 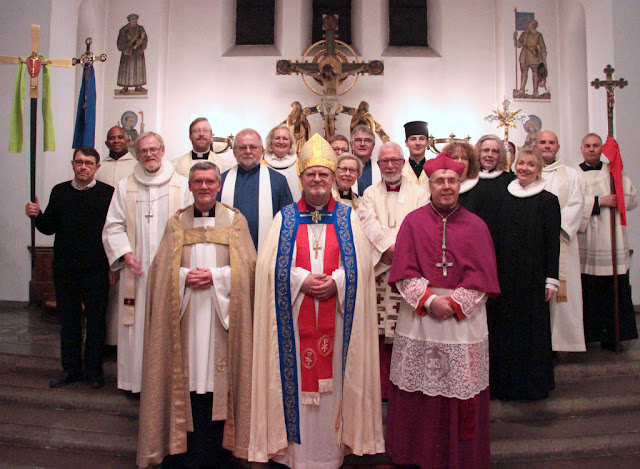 Posted by David Hamid at 14:55
Email ThisBlogThis!Share to TwitterShare to FacebookShare to Pinterest