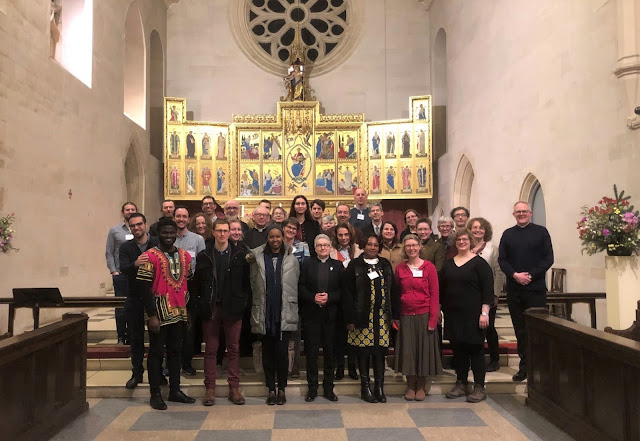 Fr William Gulliford noted that in the week which ended the Week of Prayer for Christian Unity and just one week before the departure of the United Kingdom from the European Union, the presence of this group of European postulants in London was significant, not least for the parishes the groups visited on Sunday 26 January.
Posted by David Hamid at 18:28
Email ThisBlogThis!Share to TwitterShare to FacebookShare to Pinterest