Ecumenical history made in Palermo 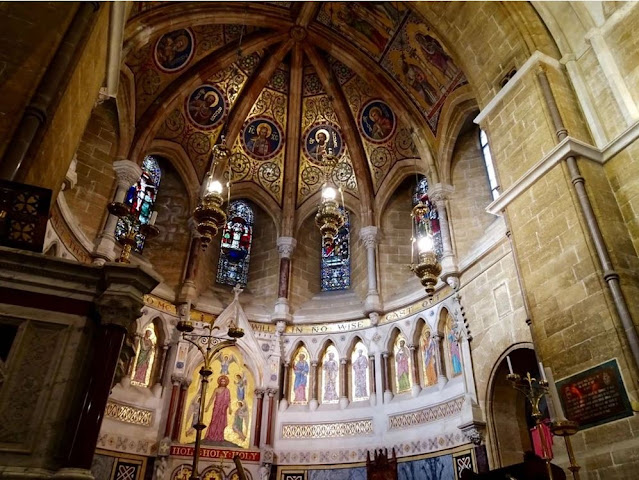 Not only is Holy Cross Church, Palermo, one of the architectural beauties in our diocese, it is also a place of active ecumenical and interfaith engagement. Excellent relations are maintained with the Roman Catholics, Waldensians and Orthodox, as well as with representatives of Muslim and Jewish communities. 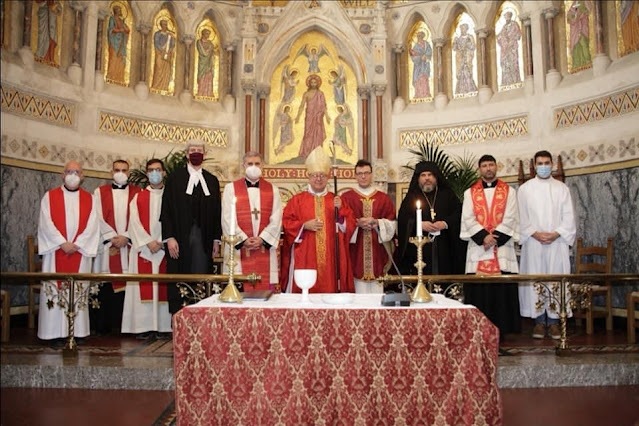 On 7 November, I believe that ecumenical history may have been made when the Roman Catholic Archbishop of Palermo, Corrado Lorefice, preached the sermon at the installation of the new Chaplain of Holy Cross, the Revd Dr James Hadley. Certainly this is a first in this diocese and in the Church of England itself it may well be unprecedented for a Roman Catholic Archbishop to take such a significant role in the installation of an Anglican parish priest!

Many other local clergy were present for the mass, including the Orthodox Archimandrite for Southern Italy, representing Metropolitan Policarpo of Italy. 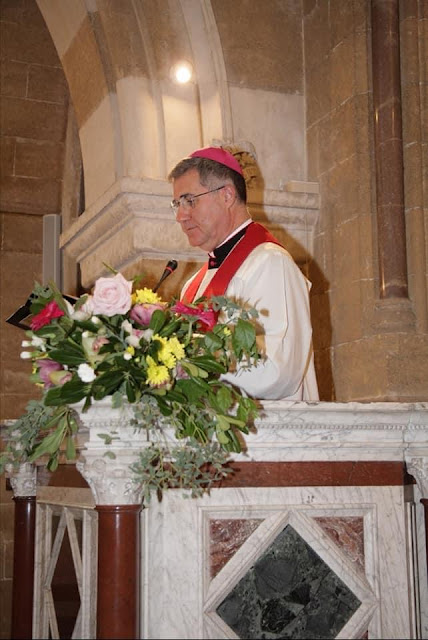 The depth of ecumenical commitment was further demonstrated when Monsignor Lorefice gave Fr James a gift to mark the occasion. The nature of the gift was very significant: a chalice and paten. 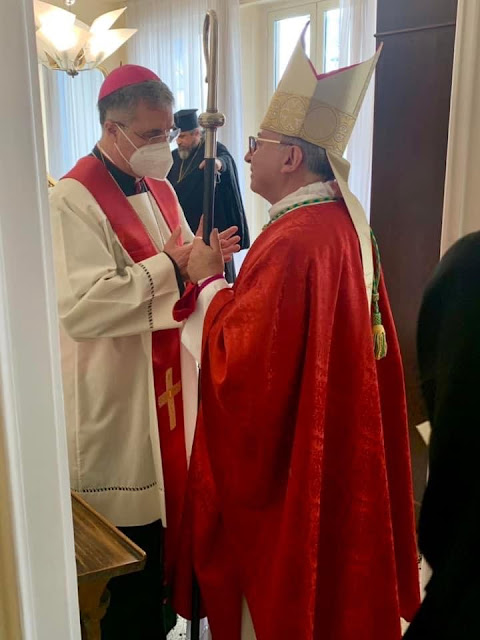 Posted by David Hamid at 17:41
Email ThisBlogThis!Share to TwitterShare to FacebookShare to Pinterest