A wedding in Gloucestershire - with Diocese in Europe touches!

On Friday 22 April, I had the great joy and privilege of presiding at the wedding of the Ven. David Sutch and Gwendolyne Thurley. Archdeacon David is a former Archdeacon of Gibraltar, and Chaplain of Costa del Sol East. The wedding in St George's Church, Brockworth Village, was also very much a Diocese in Europe event, although in the middle of Gloucestershire. The best man was the Very Revd Alan Woods, former Dean of Gibraltar (and Archdeacon of Gibraltar), with some parishioners from Fr David's Costa del Sol East parish, (the bride is from there), and a former Chaplain, Fr Alaric Lewis.

Fr David, though now retired, clearly had not forgotten some of his technique honed from years as a priest in Spain: 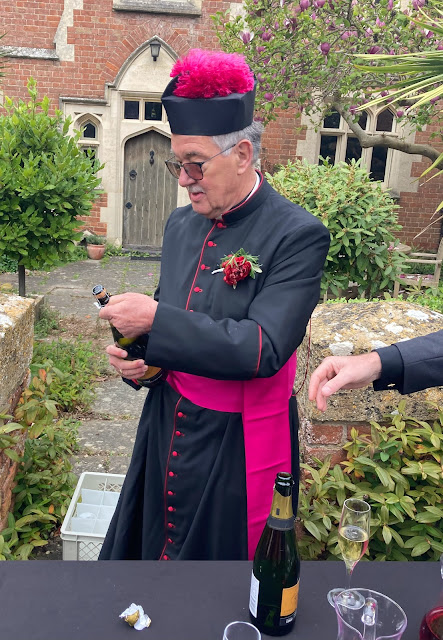 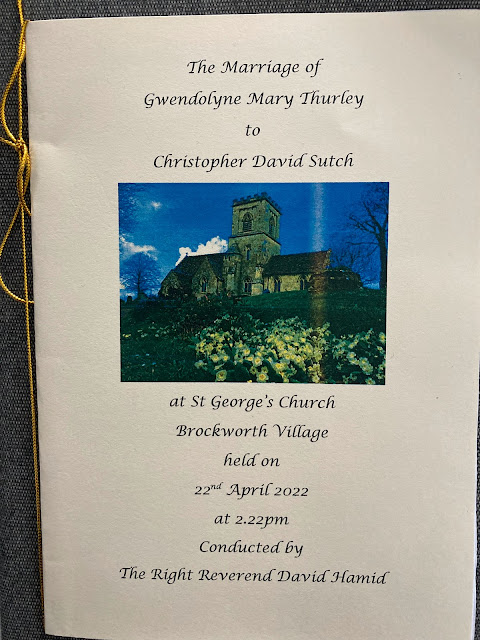 Posted by David Hamid at 10:35
Email ThisBlogThis!Share to TwitterShare to FacebookShare to Pinterest