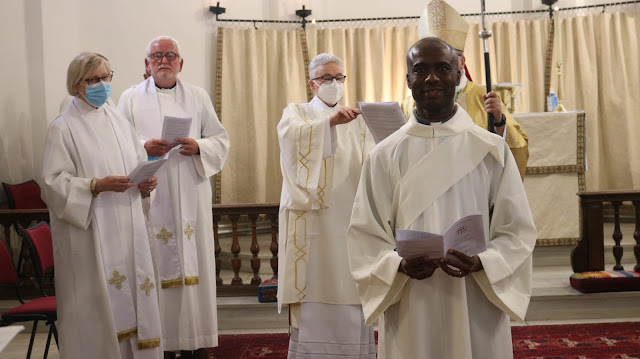 "Is it your will that Solomon be ordained priest?" was the question posed to the congregation of St George's Madrid. "IT IS!" was the resounding answer from those present. Fr Solomon Ike was thus ordained a priest in Christ's Holy Catholic Church. 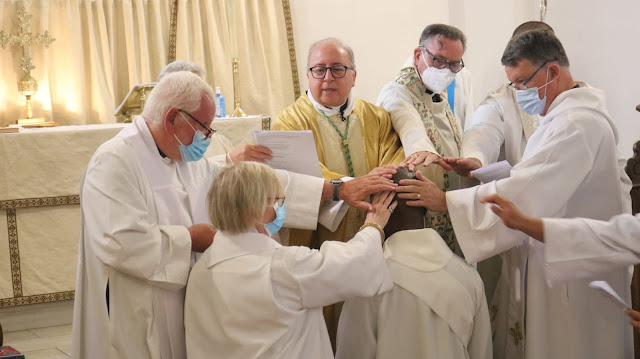 I was assisted in the ordination by Archdeacon David Waller, Canon Ulla Monberg the Diocesan Director of Ministerial Development, Fr Ray Andrews the Diocesan Spirituality Advisor, Fr Paul Dean from the Chaplaincy of Costa Blanca, and of course Canon Medhat Sabry, the Chaplain of St George's and Solomon's training incumbent. Deacon Frances Hiller was the deacon for the ordination mass, and Reader Celia Paterson, the Diocesan Director of Reader Ministry, was on hand to assist in the liturgy. 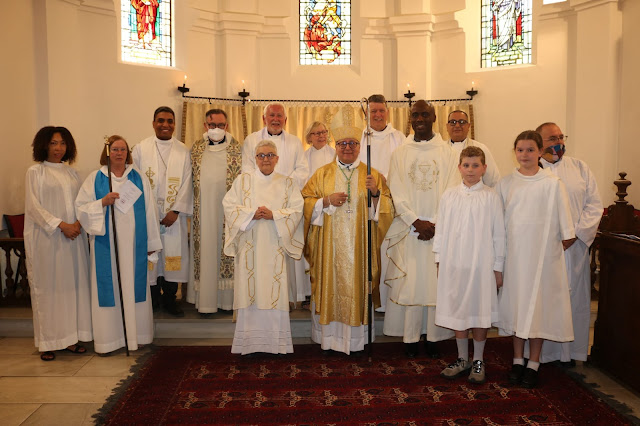 Fr Ray had led Solomon's pre-ordination retreat and was the preacher at the ordination. Fr Solomon is is a native of Nigeria but has lived in Spain for many years and is a fluent Spanish speaker. In his sermon, Fr Ray recognised that Solomon is a "bi-vocational" or a worker-priest, who has a demanding secular job, where most of his time as a priest will be spent. Fr Solomon was urged to remember that his priesthood is about being, rather than doing, and that his very presence among his secular co-workers is an essential part of his ministry. He continues as Assistant Curate in St George's Madrid. 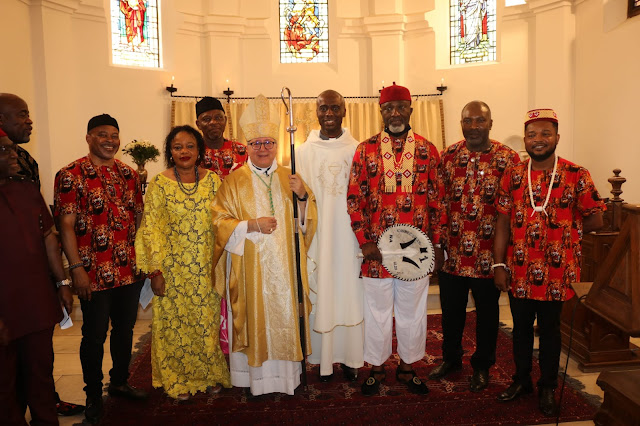 A joyful meal of African dishes followed the liturgy, with warm testimonials in three languages from Fr Solomon's family and esteemed members of the Nigerian Community in Madrid. 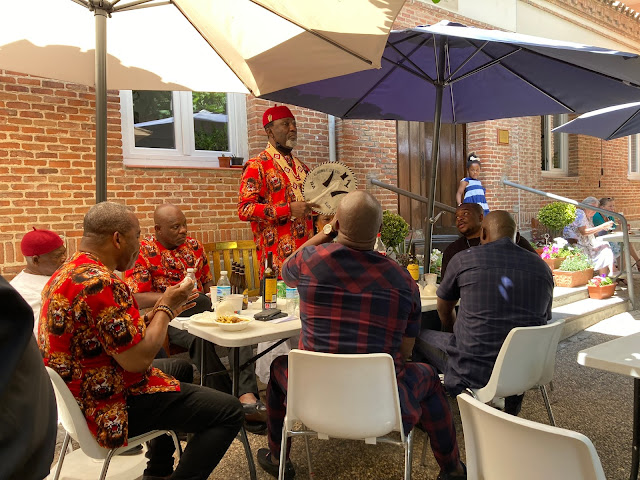 Posted by David Hamid at 22:42
Email ThisBlogThis!Share to TwitterShare to FacebookShare to Pinterest