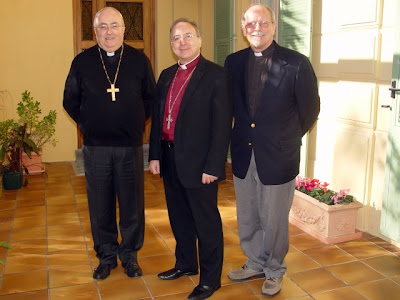 The Week of Prayer for Christian Unity is a busy time in Monaco. On Saturday 22 January, Fr Walter Raymond of St Paul's Church (above right) and I, joined with Reformed and Roman Catholic colleagues for a mass for unity in the Cathedral, celebrated by the RC Archbishop of Monaco, Bernard Barsi (above left). On Monday 24, Father Walter hosted a fraternal lunch for local clergy. Again, Archbishop Barsi attended along with clergy from the RC, French Reformed, Russian Orthodox, and Evangelical Churches. 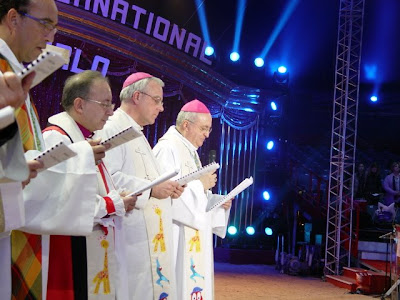 But the highlight was the Célébration oecuménique held on Monday evening. The International Circus Festival was in full swing and the service was held in the great tent, in the presence of His Serene Highness Prince Albert of Monaco. The prayers, readings and chants were interspersed with circus acts selected from the competition that week. The performers (and even some animals) offered their own talents to God in a joyful and sacred event. 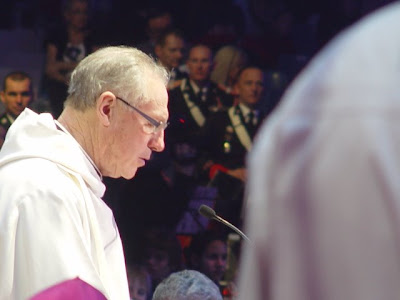 About 40 clergy took part: RC bishops and priests from Monaco and neighbouring dioceses in Italy, France, and Germany, Orthodox priests, and pastors of the Reformed and Lutheran Churches. The Archdeacon of France, the Venerable Ken Letts, (above) was present joining Fr Walter and me as the Anglican representatives. The tent was filled with a couple of thousand people. 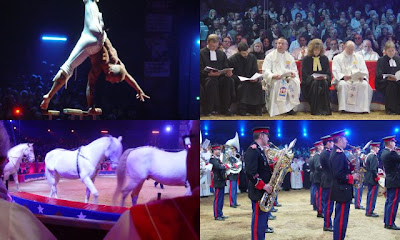 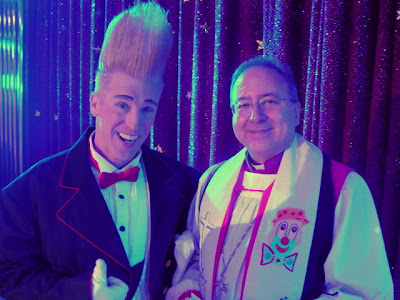 ﻿
Posted by David Hamid at 23:20
Email ThisBlogThis!Share to TwitterShare to FacebookShare to Pinterest