News from St Andrew's Moscow following the bombing at the airport 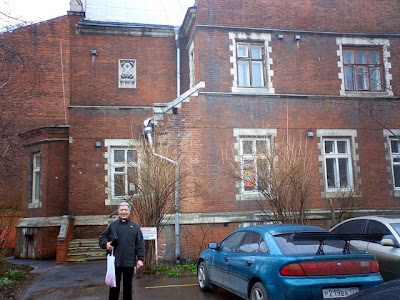 Following on the news of the atrocious bombing at Domodedovo Airport in Moscow which resulted in so many deaths and hundreds injured, I contacted the Revd Canon Dr Simon Stephens, the chaplain of St Andrew's Moscow to enquire about the situation and the safety of our own Church members. Fr Simon sent back this message:

"One fringe member of the congregation was slightly injured, but it is the climate of both fear and hopelessness which is making the greatest impact upon the expat community here in the Russian Capital....As with other bombings, the [British] Embassy opened its EAC (Emergency Action Cell) of which I have been a member for ten years, and we finally got to bed at 0230 this morning [Tuesday 25th] having dealt with the two British casualties".

Members of the diocese are asked to keep the people of Moscow, St Andrew's congregation, and Fr Simon in your prayers this week, as they face the aftermath of this bombing, and witness to peace and hope in the midst of a city feeling vulnerable and insecure.

Fr Simon is pictured above outside the parsonage of St Andrew's.
Posted by David Hamid at 14:37
Email ThisBlogThis!Share to TwitterShare to FacebookShare to Pinterest