The decision of Diocesan Synod regarding Women in the Episcopate 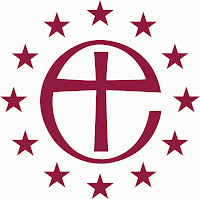 On Thursday the Synod of the Diocese in Europe debated the following motion concerning women in episcopate which was referred by the General Synod: "That this Synod approve the proposal embodied in the draft Bishops and Priests (Consecration and Ordination of Women) Measure and in draft Amending Canon No. 30".  The motion passed.

I am in favour of women in the episcopate, but I do not believe that the  provision for those who are opposed to this development, contained in the measure, is sufficient to maintain the highest degree of unity in our Church. I therefore had to vote against the motion. I explained my position in a speech which I post below:


Many people have wondered about my position on this issue. Deacon Frances Hiller tells me, “Bishop David, it is highly nuanced”. Here it is.
Thirty years ago, in the Diocese of Niagara, I was ordained with two other candidates, one a man and one a woman. The first woman bishop in the Anglican Church of Canada, Victoria Matthews, is both a friend and a co-alumnus with me of, sorry to mention it again, Trinity College, Toronto. Women clergy have been part of my experience of ordained life in the Church from the start.
I wish to say categorically that I believe that women deacons, priests and bishops in the Anglican Communion are true deacons, priests and bishops of the One Holy Catholic and Apostolic Church. I have some responsibility for training , and I have consistently taught her that she is as much a deacon of the Church as St Stephen and . (Of course they are also martyrs, but that may still be to come, working alongside me!)
Despite what my dear brother Bishop Martin [Warner] said, I resist most vigorously the implication that to hold this view means I am anything other than a Catholic bishop. I am and remain what I was ordained, a bishop of the Catholic Church of Christ. It is for good reason that, despite many invitations and indeed some pressure at times, that I have resisted joining any particular party within the Church of England, for I feel that to do so would somehow not be Catholic.
Throughout my ministry I have been deeply committed to the ecumenical movement. I have come to believe, along with many of the Roman Catholic theologians that I have worked with over many years, some of them now bishops, that it is theologically right that women be ordained priests and bishops. (Of course it is now not possible for this to be explored theologically in the Roman Catholic Church, especially for bishops, but it is a view, nevertheless that is widely held).  I have also been encouraged by the view of many Orthodox theologians that I have worked with, again in ecumenical dialogue. (I was the co-secretary of the dialogue that produced the statement that the Revd Clifford Owen referred to [The Church of the Triune God]). Some of them are eminent metropolitans who have stated clearly that if the Church can show theologically why it is possible for women to be priests or bishops, then the Orthodox must accept it.
I am encouraged by John Henry Newman who once said “centuries may pass without the formal expression of a truth which had been all along the secret life of millions of souls”.
Now I also believe as true that what ARCIC teaches about the Eucharist. Despite the fact that the Anglican Communion and the Church of England has stated that this teaching is “consonant in substance with the faith of Anglicans”, I know that there are some in the C of E who cannot and do not accept the teaching of ARCIC as true. But I would not force them to leave the Church. So despite my belief that the ordination of women is a right and a good development, I know that there are many in the C of E who do not accept it, and I firmly believe they must not be forced to question their place in the Church nor feel they have no choice but to leave it.
I want a Church which teaches that women can be bishops, priests and deacons, and which, at the same time, out of the same profound commitment to truth, and out of loving mutual respect, will not create difficulties for those who, at this stage of reception of this development, find they cannot accept it. This present legislation does not, in my view, provide space for us to move ahead together: I want the way we move ahead on this to be a sign of hope for the ecumenical movement and for our ecumenical partners.
As a bishop whose ministry is to care for the unity of the Church, I want the Church to make this decision and also to walk together into the future, in unity. Bishop Christopher [Cocksworth] in his bible studies at this Synod said we need each other if we want the full humanity of Christ to be shown and seen.
I will vote against this motion. While it may enable a decision, I believe that because of inadequate provision for those who cannot accept women in the episcopate, it will not show forth the Gospel truth, that we are as Church to be the first fruits of the new creation, a redeemed and reconciled people, a new community, where despite our diversity, we live and thrive together. I want to move ahead with women bishops, and also with the Church as a bright beacon to the world of God’s desire for the unity of all.
Posted by David Hamid at 20:17
Email ThisBlogThis!Share to TwitterShare to FacebookShare to Pinterest