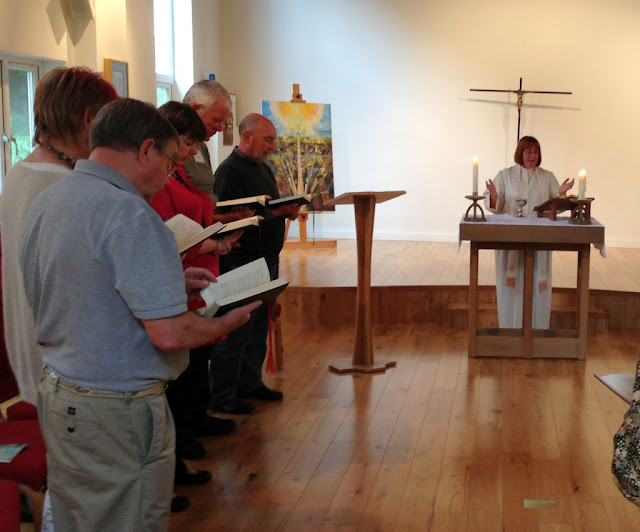 Readers (that is Licensed Lay Ministers) in this Diocese in Europe, after selection for this ministry, train for approximately three years, studying various aspects of theology and biblical studies through St John's College, Nottingham. There is an additional module which the Director of Training, the Revd Canon Ulla Monberg, has instituted this year, on Anglicanism. This module will be run by the diocese itself and will be a residential weekend of lectures and discussion followed by an essay. The first Anglicanism module was held for 12 trainee Readers last weekend in St Columba's House, Woking.

Readers are licensed to lead services of the Word, to preach and to teach, and are better described by the phrase "Licensed Lay Ministers". Very often people from other Churches assume that all that Readers do is read lessons and there is sometimes some puzzlement as to why this requires a selection process and a three-year theological training and formation!

During the weekend, the participants heard lectures on aspects of Anglican history, ecclesiology, ecumenical engagement, liturgy, music, spirituality, canon law, structures and synodical life. Worship was held each day, taking advantage of the range of authorised forms, from the 1662 Book of Common Prayer to the ancient Vigil Office celebrated on Saturday evenings since about the 3rd century! The residential gathering offers the chance for exchange of experiences and for many basic and practical questions to be raised and discussed.

There are about 100 licensed Readers in the Diocese in Europe with another approximately 40 in various stages of discernment and training for this ministry. This attendees at this first module on Anglicanism were from Gibraltar, Spain, Netherlands, Portugal, France, Switzerland and Croatia. 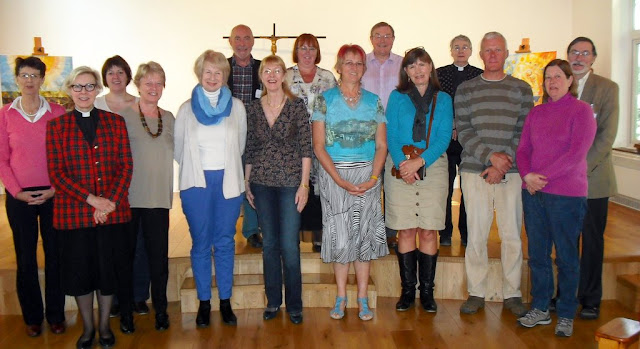 Posted by David Hamid at 08:13
Email ThisBlogThis!Share to TwitterShare to FacebookShare to Pinterest