Commemoration of two priests who helped save Jewish lives in Vienna 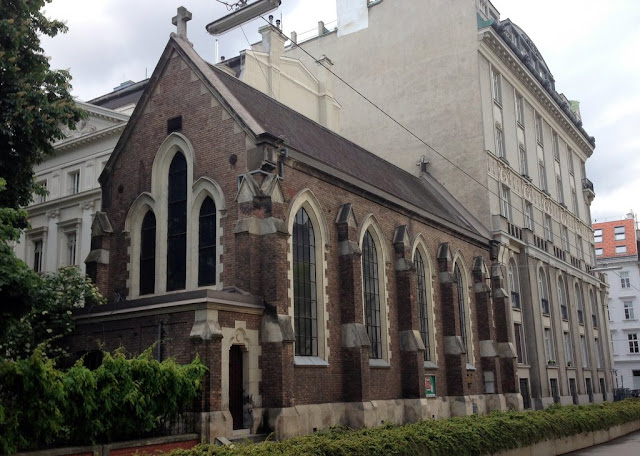 It's a little known act of bravery - how two British priests serving in Christ Church, Vienna, rescued Jews from the Nazis by baptising them.

Between March and September 1938, after the annexation of Austria by the Third Reich, the Revd Hugh Grimes and the Revd Frederick Collard baptised some 1,800 Viennese Jews in the hope that the resulting baptismal certificate would help provide them with safe passage out of the country. At that time, Austria's neighbours, although wary of allowing Jewish refugees to enter, were more prepared to admit those who could demonstrate that they belonged to the Christian religion. The baptismal register of this Church of England parish in Vienna contains this remarkable story. On some days over 100 baptisms were held.

On Saturday 18 May, at a service of Evensong in Christ Church, a memorial plaque was unveiled to commemorate the act of courage and compassion shown by these two priests. Testimonies were given by Dr Harold Chipman, whose grandfather was one of those baptised, who escaped to England and eventually to Brazil, and by a long-time member of Christ Church, Mr Fred Grüber, who survived persecution as a child refugee in the Kindertransport rescue mission. The British Ambassador HE Susan le Jeune d'Allegeescheque was present, and several ecumenical guests and other representatives. The service was followed by a reception. The plaque design includes an extract from the baptismal register and the following words:

Between March and September 1938, more than 1800 Jewish Austrians were baptised at Christ Church Vienna by the Reverends Hugh Grimes and Fred Collard. On 25 July alone, 229 baptisms took place. For these people, baptism was a source of hope and for many, a step on the road to survival and freedom in emigration. 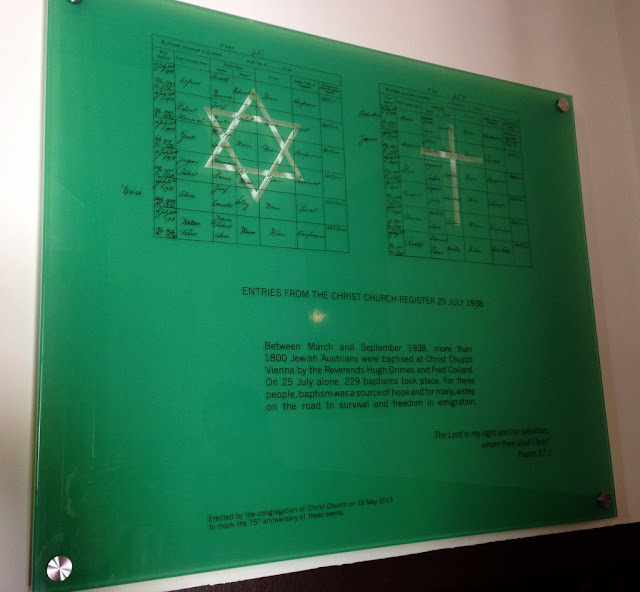