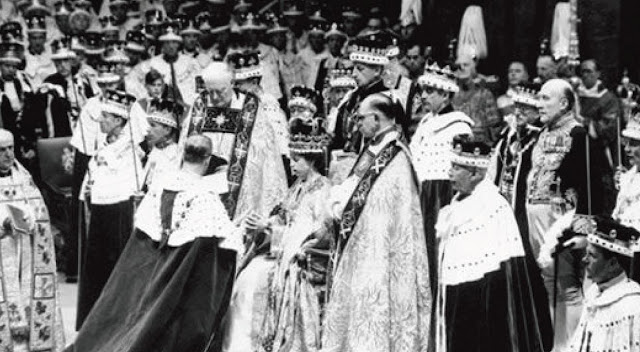 This year marks the 60th anniversary of the Coronation of Her Majesty the Queen who was crowned in the ancient ceremony which was held in Westminster Abbey on Tuesday 2 June 1953. Churches in the Diocese in Europe may want to mark the anniversary at services on Sunday 2 June. There will be a service from Westminster Abbey televised on BBC on Tuesday 4 June at 11.00 am British Summer Time.

The following prayer, which has the Queen’s approval, will be incorporated in the Service of Thanksgiving in the Abbey on 4 June. The Archbishops of Canterbury and York have commended it for use throughout the Church of England. It is available in both traditional and modern language, and I commend it for use in congregations of this diocese. Some local adaptation may be required in countries which are clearly outside the realm of England. It could be as simple as omitting the words "of our Sovereign Lady" before "Queen Elizabeth".

Almighty God,
who through anointing with the oil of gladness at the hands of priests and prophets
dost strengthen thy chosen servants with the gifts of thy Holy Spirit:
be pleased to accept our joyful praise as with united voice
we give thanks for the long and glorious reign
of our Sovereign Lady Queen Elizabeth;
and to receive our humble prayer that, by renewing thy blessings,
thou wilt pour upon her thy choicest gifts,
and upon all thy people the spirit of humility and service,
shown forth in the life and death of him who is the anointed King of all,
our Lord and Saviour, Jesus Christ.
Amen.

Almighty God,
at the hands of priests and prophets
you anoint your chosen servants with the oil of gladness
and strengthen them with the gifts of your Holy Spirit:
accept our joyful praise as with united voice
we give thanks for the long and glorious reign
of our Sovereign Lady Queen Elizabeth.
Renewing your blessings, pour on her your choicest gifts,
and on all your people the spirit of humility and mutual service
shown in the life and death of him who is the anointed King of all,
our Lord and Saviour Jesus Christ.
Amen.

Other liturgical resources to mark this anniversary can be found here.

Posted by David Hamid at 19:12
Email ThisBlogThis!Share to TwitterShare to FacebookShare to Pinterest