Diocese in Europe and Churches Together in Britain and Ireland? 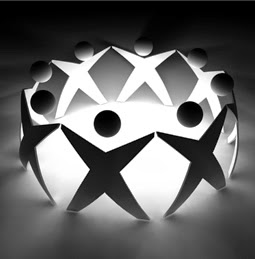 I have just returned from a meeting of the Churches Together in Britain and Ireland, CTBI, a body of which I am a trustee. The meeting was held in that wonderful European nation - Wales. CTBI is the ecumenical instrument which serves the Churches of the four nations, England, Scotland, Wales and Ireland.

So you might ask, "what is a bishop of the Diocese in Europe doing as a trustee of such an organisation?" The Church of England is of course a member of CTBI. It is also a member of the national ecumenical body -  Churches Together in England, or CTE. (It would clearly not be appropriate for the Diocese in Europe to have a presence on CTE,) However my presence on CTBI is helpful in a number of ways:

1.  First I believe it corrects certain assumptions about the Church of England itself. It is much more than the Established Church in England. It has over 300 congregations, 170 clergy and 100 Lay Ministers serving the English speaking diaspora in 42 countries of Europe, plus Turkey and Morocco. We are a diocese that is growing in numerically. (We are, statistically speaking, in the lower third of C of E dioceses in terms of many indicators such as numbers on electoral roll and numbers of clergy, but certainly not the smallest).

2.  Second, the CTBI itself tries to keep an international perspective before the thinking of the member Churches from the four nations. The international outlook of this part of the C of E is therefore is able to make a valued contribution from this perspective.

3.  Third, some of the programme priorities of CTBI relate quite closely to our own work: the role and mission of minority and migrant Churches, for example. Also CTBI focuses on some issues related to national and ethnic identity and culture. For instance, the referendum on Scottish independence this year is a national issue for Scotland, obviously, but also an issue for the whole of the UK and moreover a European issue.

4.  CTBI also has a particular role in keeping the concerns of Christians in the Middle East before the Churches. In this regard, it is useful that this part of the Church of England, which borders on Syria, is around the table.

It is a privilege to be a trustee of CTBI, and I am grateful to the C of E for letting someone who serves its European work have this place.

Check out the CTBI website here. There is a huge range of useful resources, prayers and liturgies, studies, and links that can be of use to our Churches.