Refugees from the violence in Syria are flowing into Greece. 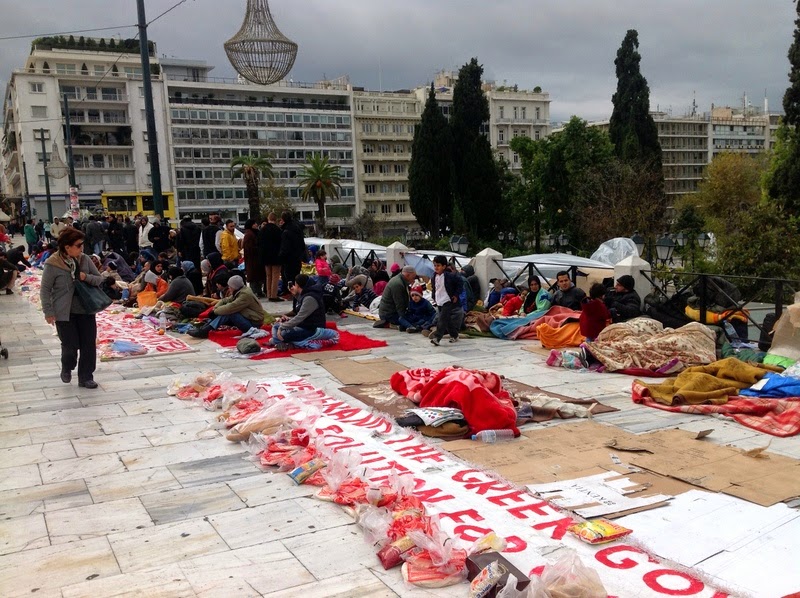 Syrians refugees are flowing into Europe. The Senior Chaplain of St Paul's Athens, the Revd Canon Malcolm Bradshaw, reports that it is estimated that 17,000 are now present in Greece alone. Many have entered Greece by crossing in small boats from Turkey to the Greek islands. They desire freedom of movement throughout the European Union, however the official exits from Greece to other European countries are closed to them. This further aggravates the challenging immigrant problem that already exists in Greece – a country itself suffering greatly from austerity measures. 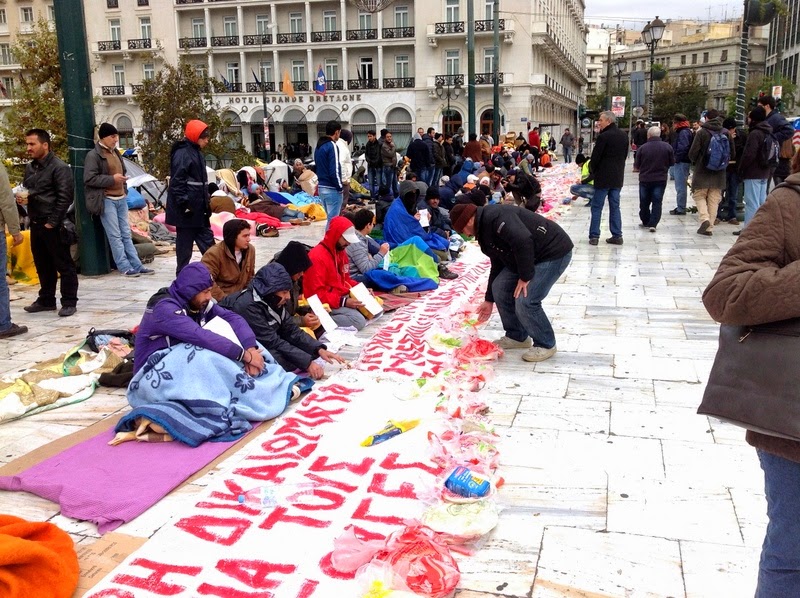 At present 200 Syrians are on hunger strike outside of the Greek Parliament so as to press their case. They are only four minutes walking distance from St Paul’s Anglican Church. The photos in this post are scenes from this protest. St Paul’s still participates in the ‘Church in the Street’ initiative - a soup kitchen, five years in the running, presently providing 700 meals each day. Increasingly Kurdish Syrian families are recipients of the food.

Fr Bradshaw and I are in consultation with the Churches Commission on Migration in Europe (CCME) about how to address this added crisis, now facing the Greek Churches and agencies.

Almighty and all powerful God, creator of the world and the nations
We bring before you all those affected by the conflict in Syria.
We pray for an end to violence against all civilians.
We pray for those forced to flee their homes and who are now refugees: we pray that we may not ignore their pleas for help.
We pray for those in positions of power who have the means to make a difference to these lives; guide those whose actions might bring about a just peace in their homeland.
Amen. 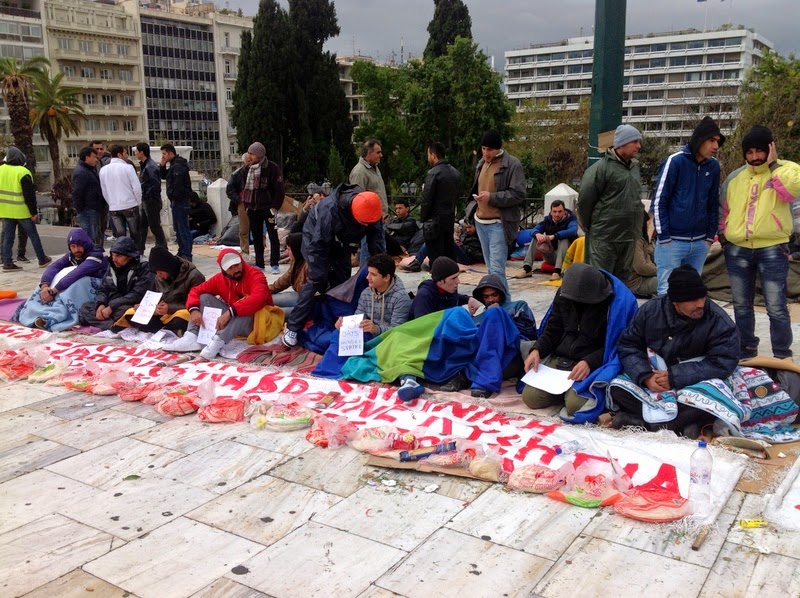 Posted by David Hamid at 13:04
Email ThisBlogThis!Share to TwitterShare to FacebookShare to Pinterest