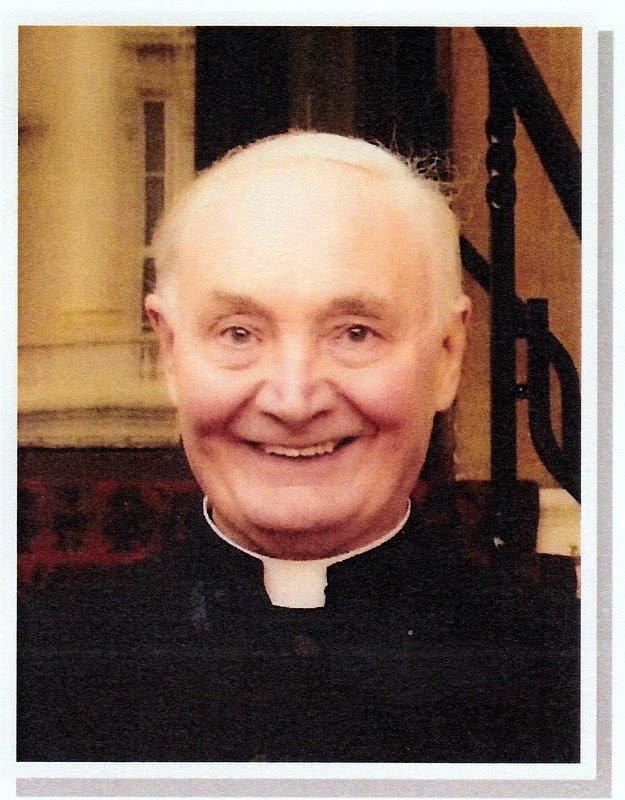 Today in the Parish Church of Chalfont St Peter, surrounded by his family, friends and former parishioners, we bade farewell to Fr Geoffrey Evans, one of the longest serving priests of this diocese in Europe. Bishop Geoffrey Rowell presided at the requiem eucharist and Archdeacon of Morgannwg Christopher Smith preached and and brought many memories of Fr Geoffrey, some very amusing indeed, as well as reminding us of the Church in Wales heritage which so shaped his priestly ministry.

Fr Geoffrey was born in 1934 and died on Easter Eve, 4 April 2015. The preacher noted how fitting it was that he died on Easter Eve, that great time when the Church gathers in darkness to then encounter the brightness of the Resurrection: Fr Geoffrey's entire ministry centred on bringing joy and light to those around him.

Fr Geoffrey was ordained when I was but one year old! Nevertheless, we got on famously. In fact it was hard not to get on with him. I enjoyed my many visits with him in Turkey when we would remember adventures, in different decades mind you, in Guyana where he was a missionary and where I journeyed frequently as the Latin America and Caribbean Mission Coordinator for the Anglican Church of Canada. There were also memorable visits to the Syrian Orthodox monasteries of Tur Abdin with Fr Geoffrey who was such a faithful friend to the beleaguered Syrian Orthodox community.


His first appointment in this diocese was in 1973 as chaplain in Izmir and Bornova. He also served in Rome, Moscow, Istanbul and Ankara. He was the last person to hold the glorious title of Archdeacon of the Aegean and the Danube!

This diocese and the Church is richer for his ministry. We thank God for this gift of a faithful servant.


Give rest, O Christ, to your servant with the saints: where sorrow and pain are no more, neither sighing, but life everlasting.

Posted by David Hamid at 18:04
Email ThisBlogThis!Share to TwitterShare to FacebookShare to Pinterest