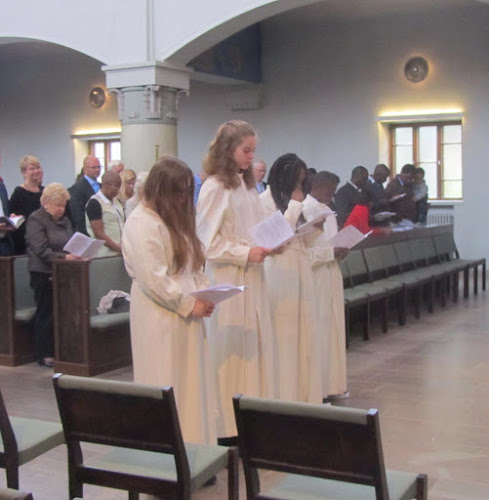 A special guest at St Nicholas's Helsinki made a service of confirmation extra memorable on Sunday 6 September. Already the congregation welcomed members of the Nordic and Baltic Deanery Synod, which had just finished their annual meeting, along with their new Archdeacon Colin Williams. But in addition we welcomed to our celebration the Most Revd Ezekiel Kondo, the Archbishop of Sudan within the Episcopal Church of Sudan and South Sudan and the Bishop of Khartoum. 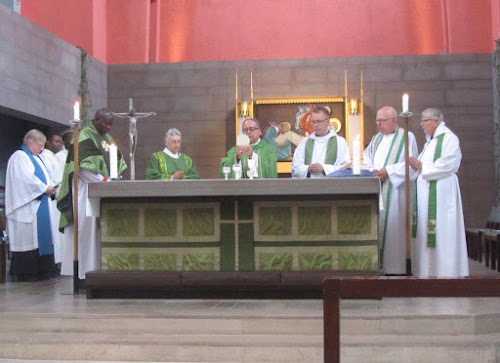 Archbishop Kondo was starting an ecumenical visit to Finland, where there are many Sudanese and South Sudanese refugees, including many members of our own Helsinki and White Nile Congregations. In his greetings to us, His Grace asked particularly for our prayers for the regions of the Nuba Mountains, the Blue Nile, and Darfur where peace with justice is desperately needed. 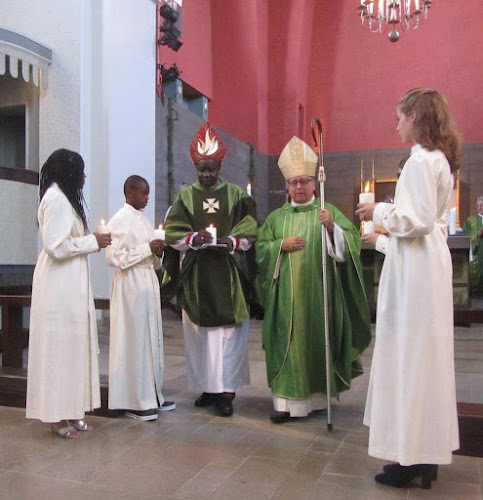 Four young persons were confirmed at the service. Archbishop Kondo gave them a blessing in Arabic, the official language of his diocese.

Incidentally, the usual parish lunch which normally follows such services had to be cancelled, as 60 refugees, mostly from Iraq, were being given temporary shelter in the basement of the church. Reception centres for asylum seekers are full in the Finnish capital. The lunch was to have been held in the basement. Instead, St Nicholas's parishioners donated the food to the refugees.

Posted with Blogsy
Posted by David Hamid at 11:47
Email ThisBlogThis!Share to TwitterShare to FacebookShare to Pinterest