Today, 7 September, I received the report below from the Revd Dr Frank Hegedűs, the Priest-in-Charge of St Margaret's, Budapest, and Area Dean in the Archdeaconry of the East. It is a moving story of yet another of our parishes of the Diocese in Europe mobilising to help refugees in their countries.

Moved by the plight of thousands of refugees traversing Hungary, members of Saint Margaret’s Anglican Episcopal Church in Budapest, Hungary – along with many friends of the parish -- gathered on Saturday, 5 September, to prepare aid-packets to be distributed among the refugees at the Keleti International Train Station. "There were about twenty-five to thirty of us in all," reports Fr Frank. "Everyone was enthusiastic and eager to help." 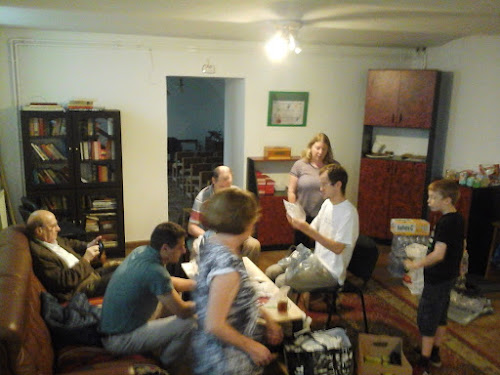 After prayer together and trips to local shops and stores to gather appropriate provisions, the volunteers put together approximately one hundred and thirty packets, or bags, containing fruit, nutrition bars, water, toiletries, and hygiene items, among much else. A smaller group of Saint Margaret volunteers is pictured above, hard at work. "We felt that such simple things could make the biggest difference in the short term," continues Father Frank, "although we also knew that much more would need to be done over the coming days and weeks."

A member of Saint Margaret’s with extensive orchards in western Hungary also donated four hundred kilos of the autumn apple harvest to the effort. "I was happy to help," observes orchard owner and Saint Margaret’s Council member, Arthur Reynolds. When the aid packets were prepared and ready to go, the team then headed over to Keleti station, a short distance from the church, to distribute the items. 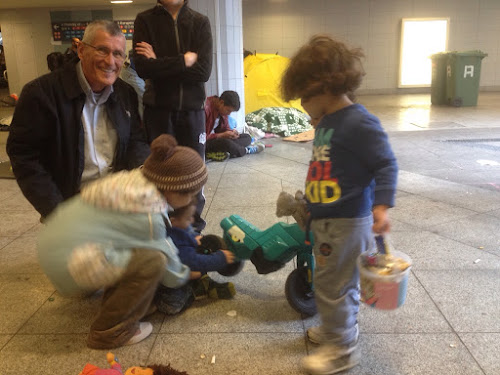 Keleti is not unlike any major train station in Europe – always bustling. On this occasion, the plaza in front of the station – as well as the modern underground transportation level – was filled with arriving refugees, mainly from Syria but also Afghanistan and other lands. In the photo above, an energetic group of children in the station entertain Father Frank.

The refugees appeared well dressed and groomed, though also obviously exhausted from their journey. Several reported being Christian. The language barrier was sadly formidable, but there was absolutely no sign of violence or disturbance anywhere. Police presence was minimal and respectful. The Saint Margaret’s team targeted mainly the many family groups in the distribution of their packets. Children and young families were everywhere.

The volunteer team from Saint Margaret’s was by no means alone in its efforts. "The massive outpouring of generosity on the part of everyday Hungarians was wonderful to behold," notes Saint Margaret’s Churchwarden, Julia Lengyel. Father Frank agrees. "This part of the story has been underreported in the media. In some areas of the station there were nearly as many local volunteers as refugees." 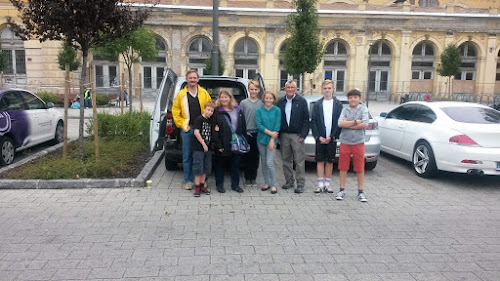 There are many fine charities which will be doing their best to assist the refugees now and in the days ahead. Indeed, it sometimes seems after an issue has left the front pages that the need becomes greatest. If friends near and far would like to make a contribution to ongoing efforts on behalf of the refugees, Saint Margaret’s will be happy to serve as conduit for their donations.

Donations may be made by means of bank transfer to the Saint Margaret’s account given below. Please be sure to indicate that the donation is "For the Refugees". The Saint Margaret’s Chaplaincy Council will allocate the funds to local charities over the coming days and weeks.

Posted with Blogsy
Posted by David Hamid at 22:26
Email ThisBlogThis!Share to TwitterShare to FacebookShare to Pinterest